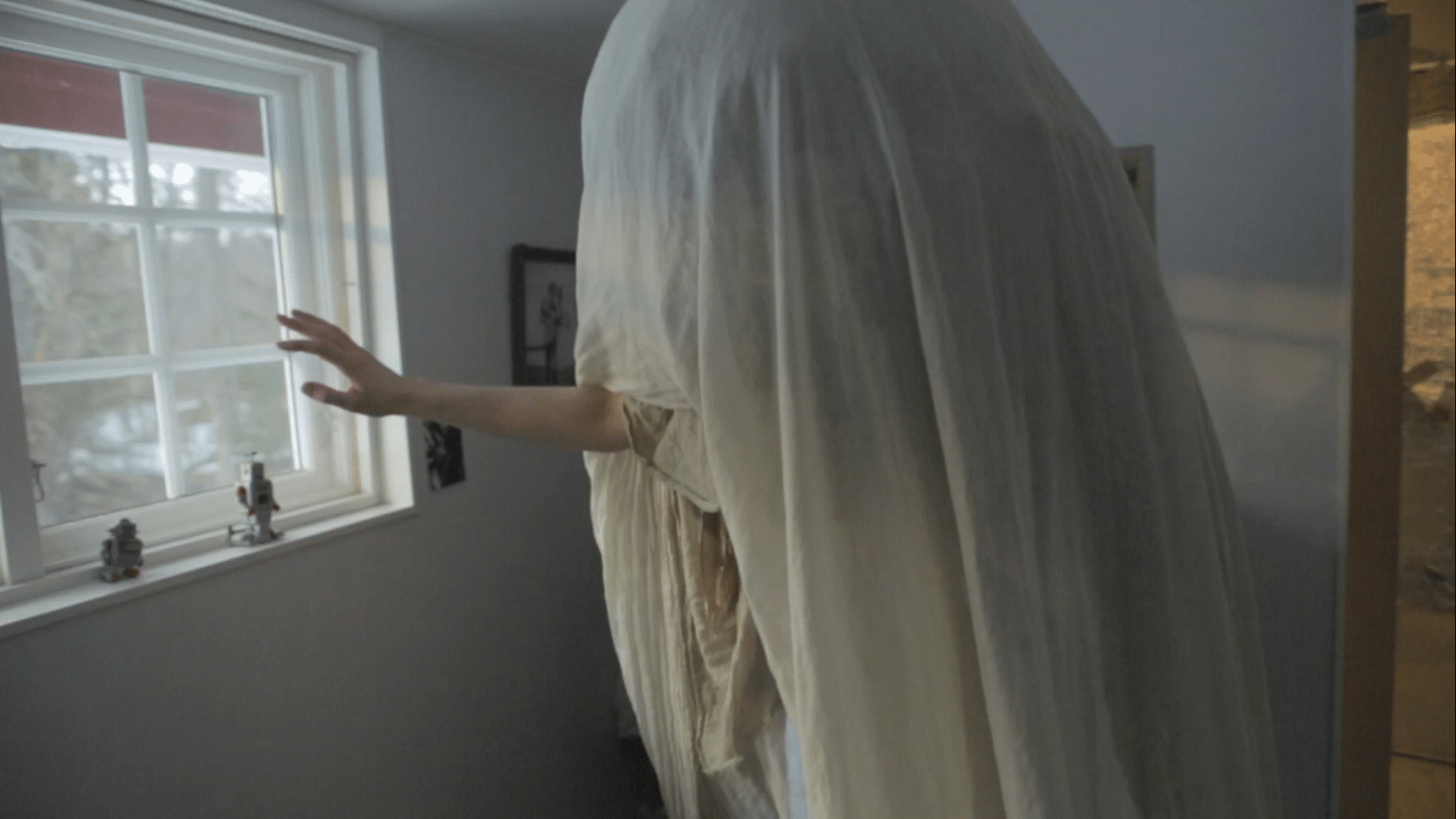 Radiation from mobile phones, electrical devices and pylons now affects around 3% of the World’s population, according to WHO.

In her first feature documentary Marie Lidén explores the condition through William Hendeberg, 40, who suffers from ‘Electro Sensibility’ and is forced to live in a special hut constructed by his father Jan, in the remote hamlet of Ekeby Björn, Närke, south central Sweden.

Only a decade ago William had a perfect life: he was writing his master thesis, having spent three years at university in Boras and Gothenburg. A gifted musician, he played in no less than four bands. Now he exists in a hut, like a Faraday cage, covering himself in blankets made out of cotton and copper threads to block the microwave radiation. And that’s not all. A special mosquito net also helps to dissipate out any other radiation. “I don’t want the camera so close”, he tells the film crew, “it makes it difficult for me to focus”.

William lives like a recluse. In the early days of his illness he used to venture out but now it makes him feel so unwell, he has stopped doing it. He listens to music, Sinead O’Connor is a favourite “I need music, it shakes the soul. I usually start with nice, happy music, then something more funky, ending up with punk. ‘Lindisfarne’, makes me feel good too. I put a cake tin over the CD player, so I don’t get too bad.” He points to a collection of tea caddies. “Me and my ex, Maria, we loved tea caddies”.

We watch a video shot by William himself in 2007, and another of him playing in a band. “I was so bewildered at first, but it was almost exciting for a while”. At that point he only went out into the radiation-free forest nearby, even though he loved the freedom of the city. But it made him too ill with burning and cramping pains in his forehead. He needed days to recover from his city trips. “Like having your head caught in a vice.”

When is all started, William worked in a library, standing in for his partner Maria who showed milder symptoms of the disease, particularly as a reaction to fluorescent light and the computer screen. “The counter in the library was fitted with a loop for the hard of hearing – this was the beginning. Three other people working there had the same symptoms”. He has had no contact with Maria for 18 months now, after she left the caravan they were living in she got married and had children. We watch a video, Maria cutting William’s hair. They seemed happy.

William has got used to darkness, even though he is addicted to colours, particularly green and red. As his father tells us, William has always loved Christmas. So his parents ‘visit’ their son with presents. They celebrate as if he was still a child. William knows his parents have cried a lot, they want the old ‘William’ back. And are hoping they can all go and visit his sister Alexandra in Karlskoga. One of his chief concerns is that people think he is exaggerating. Everyone just hopes he will recover one day.

Electro Sensitivity has not been acknowledged by the medical profession so William tries to soldier on, not wanting to upset his family. A herbalist has given him some relief: William can now stay up longer, and is more able to focus in his reading and writing. his autobiography is already underway, but he cannot write creatively. “I am still curious about life”. And has started to go out and about, even though it makes his symptoms get worse. He had a phone installed via fibre optic cable: “After 15 years I have a speaker phone. I can talk to somebody who is not here. It feels amazing. But I am still waiting for a miracle, to make me better slowly. I long to be out, in freedom”.

DoP Michael Sherrington uses the camera in a very sensitive way – the quality of the shot is always secondary to William’s condition. Maria Lidén has certainly raised awareness and understanding of this little known condition. Rather like lung cancer, as a result of smoking, and endometriosis, it took the medical profession many years to acknowledge their existence. Lidén approaches her topic without any frills or sentimentality in a direct and informative, but always empathetic approach. An eye opener, produced on a shoe-string budget. AS