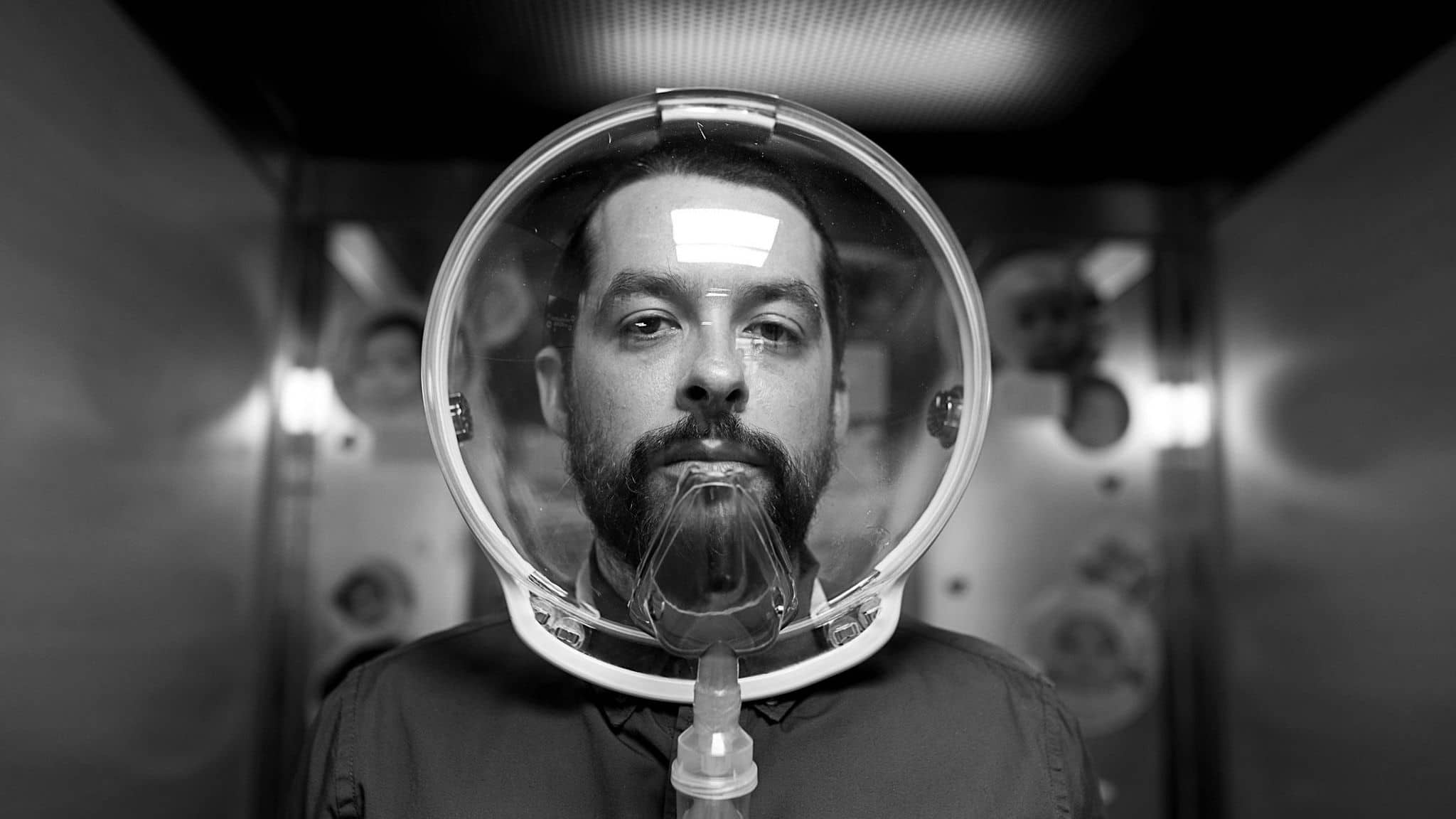 A dreamy absurdist meditation on life with man’s best friend seems well-pitched for this time when many increasingly rely on their pets – particularly dogs – to see them through loneliness and crisis. Screaming kids are part of life but not everyone tolerates a barking dog. But our canine friends can often highlight the general mood better than humans.

In her offbeat debut feature Argentinian filmmaker Ana Katz offers a gentle lowkey reflection of the life and times of Sebastian and his canine companion, that gradually opens out to touch on wider concerns. Set in a community struggling to survive economic turndown, Sebastian is struggling to hold down a job but his dog Rita spends her lonely days howling, much to the annoyance of his neighbours. Watching calmly and intelligently as Sebastian deals with the negative comments  about her at his place of work, the realisation dawns that he will have to leave his job. But on a walk through the surrounding countryside, the decision is made for him. And this is delicately conveyed in a series of black and white sketches that carry a poignant sorrowful message.

The dog’s anxiety ripples out into a widespread ‘cri de coeur’ expressing the collective concern of a population lacking in agency and forced into passive endurance of their uneventful daily lives.

Essentially this is a series of episodes in Sebastian’s life as he goes from place to place gamely looking for work, while also playing an active part in his mother’s days with her sophisticated friends. This all culminates in a romantic meeting on the dance-floor and a family of his own.

A comet disaster, shown again in drawing form, provides an ecological watershed and the film’s lowkey Sci-fi twist that sees the Earth’s atmosphere become contaminated above ground level. Sebastian, who is now working in a farming collective, is forced to adapt to the confusing changes, including wearing a glass bubble mask (you can appreciate the social resonance here). This new normal situation becomes a routine that Sebastian and his fiends will have to accept. But it somehow is the making of him.

Filming in black-and-white film with an inconsequential original score, this is a promising debut that doesn’t quite manage to hang together despite some strong ideas, and the comedy angle is amongst them. Ana Katz get some naturalistic performances from her cast, and Daniel Katz makes for a likeable Sebastian in the central role. Rita is rather underwritten, and it’s a shame her role is so truncated as she could have provided the link to bringing the narrative together and garnering empathy from dog lovers everywhere. MT.