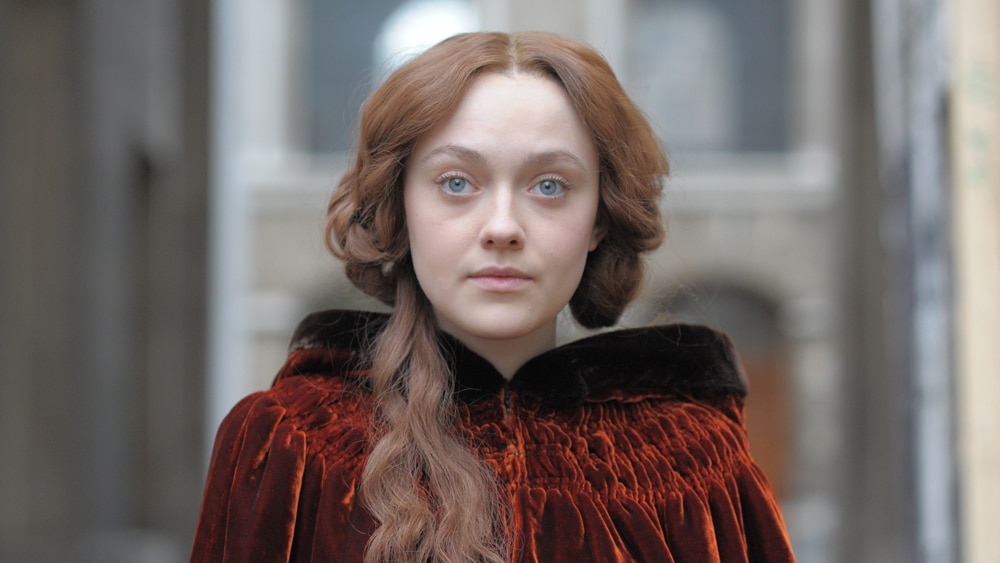 Richard Laxton’s bleak but beguiling Victorian drama transports us back to an era where women were often the sexually oppressed victims of emotionally repressed husbands. Such was the case with the intellectual giant and emotional pigmy John Ruskin (1819-1900).

A British stage actress Mrs Patrick Cambell described marriage as “the deep, deep peace of the double bed after the hurly-burly of the chaise lounge” This was one martial bed that was distinctly frosty.

Emma Thompson’s intriguing script unveils the frigid nature of the leading art critic who nevertheless left his name to an Oxford College – albeit a minor one (Ruskin himself attended Christ Church). Thompson and her husband Greg Wise both star here as Ruskin and the women who ‘exposes’ him – so to speak, at a time where even table legs were often covered up least they dare to offend, there’s a feeling that ardour and ecstasy was slowly burning its way through many a female bodice –  and one such garment was worn by Ruskin’s young wife Euphemia (1828-97) – elegantly and dolefully played here by Dakota Fanning – who endured a sexless marriage for nearly six years before escaping, quite legitimately, to the arms of John Everett Millais (Sturridge). Their marriage had never been consummated so it wasn’t even a menage-a-deux, let alone trois.

In keeping with the subject matter Effie Gray is delicately drawn and very painterly despite the gloomy first act where Effie’s spirit is gradually broken within the confines of the marital manor home they share with John’s doting mother (a stern Walters) and her saturnine husband (Suchet). There’s a bit in the middle where the newlyweds escape to Venice for a sweltering sojourn with Claudia Cardinale and her raffish son Rafael (Scamarcio) who sets Effie’s senses on fire, further repressing her boring bed dodger husband, who retaliates by calling her a harlot. Then it’s back to the Lake District where persistent rain falls as Ruskin, Effie and Millais embark on some plein-air painting.

By this stage the arrogant Ruskin has retreated to his books and Effie’s hair is falling out. At this point on to the scene jumps Emma Thompson vivacious as ever, claiming that “the first years of marriage are often hard”. Clearly she something else in mind. But it’s thanks to her Lady Eastlake that Effie extricates herself, culminating in a landmark court case wherein the marriage was annulled.

Laxton avoids melodrama or sensationalism producing instead a rather morbid feature the only passion coming from Thompson’s rather bumptious noblewoman who despite her socialite credentials is still aware of how marriage could often be a stricture where women were forced to honour and obey, even amongst the nobility who found their pleasures elsewhere.

Ruskin was the product of an over-bearing couple who hothoused his talents but stymied his emotional growth, reducing him to a pompous man-child capable of freezing out the warmest of souls, making him a perfect critic but a parlous companion. MT

EFFIE GRAY will re-release in Virtual Cinemas and on VOD 19th April.

SPECIAL COLLECTOR’S EDITION DVD/BLURAY OUT ON 31 MAY 2021