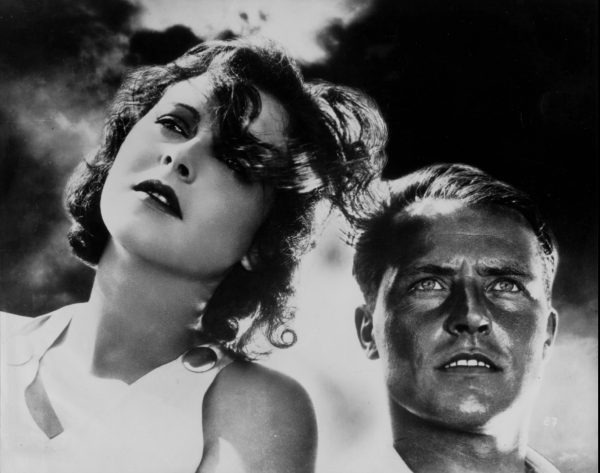 Czech director/co-writer Gustav Machaty (1901-1963) paints a portrait of passionate love and jealousy, set in and around Prague in the early 1930s and based on the novel by Robert Horky.

A mixture of sound and silent film, Ecstasy would be remembered for its nude scenes rather than its cinematographic value or its bold feminist stance. Hedy Kiesler was the star turn – she would soar to the Hollywood firmament as Hedy Lamarr.

The drama opens as newly-wed couple Ewa (Kiesler) and the much older Emile (Rogoz) arrive home.  Emile fumbles with his keys, desperate for a night-cup. Pricking his finger while trying to help Ewa take off her necklace, his mood worsens and he reaches for the newspaper, ignoring his beautiful bride. Ewa leaves him and returns to the estate of her father (Kramer) where she skinny-dips in the lake, her horse running off with her clothes. Meanwhile Adam (Moog), a young engineer, working on the railway-line, catches the horse and returns her clothes in an encounter that leads to a torrid night of sex and the first female orgasm on screen: Ewa’s eyes are closed, her lips parted, whilst another shot shows her limp wrist, symbolically dropping the necklace with its pearls rattling to the floor.

Emile realises the error of his ways and tries to make amends – but Ewa rejects him  – he then comes across Adam and gives him a lift in his car unaware to the tryst. But when he sees the necklace in Adam’s hands, Emile is distraught and commits suicide the same evening in a hotel where the couple are dancing. Ewa is shocked and abandons Adam. The finale pictures her happily cuddling a new-born baby.

Ewa’s search for passion is seen as a rightful pursuit, a stance against her selfish  husband. But Adam is neither her saviour nor her downfall. Ewa’s reputation survives intact, Adam comes across as a naïve country boy, fulfilled by his work on the land more than his affair with a woman, and merely the catalyst for Ewa’s emancipation. Ewa is not punished like Madame Bovary. She is a self-determining woman who has chosen pleasure above pain.

Produced for the German market, Ecstasy is certainly still very central European in tone, Vienna, Austria, and the old Habsburg Empire are still alive. The lack of dialogue is surprising: Ewa’s scenes with Emile and Adam are silent. At a time when men had the last word, Ewa proves that actions speak louder than words. But when she does speak – in the scene with her father – Ewa is in charge, telling him to lie to her ex-husband when the he phones. Her father asks: “Why do I have to lie?”, Ewa answering “So I have my peace”.

The film premiered in Prague in January 1933, with Kiesler storming out of the theatre, feeling betrayed by the director and producer, who had promised that the nude scenes would be shot from far away, so that nobody would recognise her. In Germany, the feature was cut from the original length of 95 minutes to a mere 82. In the USA, Ecstasy was forbidden until 1940, when it was show in an even more edited version than in Germany. France was the only place where the original version is still shown even today.

Later, Kiesler’s husband, the arms dealer Fritz Mandle, would try to buy up all the copies of the film but without the negative, his efforts would be in vain – as were his attempts to hold on to his wife.

Shot by DoP Jan Stallich in intimate close-ups, the wider screen scenes at the railway, are edited by Antonin Zelenka in the way of the Russian montage features. Ecstasy would be Machaty’s last film in his homeland. He went to work in Germany and Italy, before returning to Hollywood, where he had learned his trade from Griffith and Von Sternberg in the 1920s. His film noir Jealousy (1945) is one of the gems of the genre. Machaty moved to Germany in 1951, teaching at the Munich Film School and directing his last feature Suchkind 312 in 1955. AS