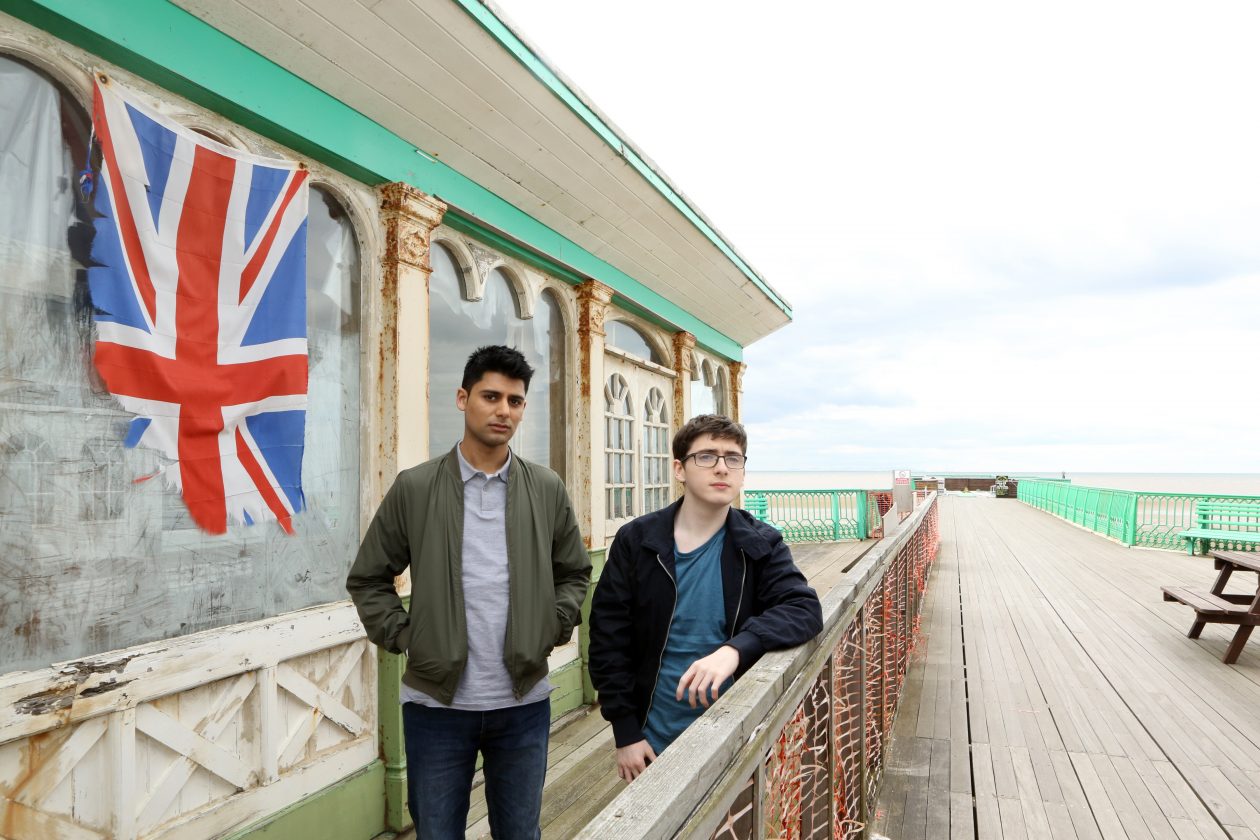 British director Jason Wingard (In another Life) has assembled a multicultural absurdist comedy featuring two teenage half brothers: one looking for his father, the other simply following big brother where ever he goes. Their madcap journey from Bradford to Blackpool ends in the bosom of a large, wealthy Asian family, where histrionics are the rule.

Omar (Aakeel) and Pete (Carroll), are alone again after the death of their Gran. Having already lost their parents in a freak accident in Africa, where they had met their demise in the jaws of a lion. The idea of living with reactionary and repressive relatives (Eldon/Pepperdine) does not appeal to the brothers, so Omar sets out to find his genetic father, a certain Malik, whose name is on his birth certificate. In Blackpool they meet punky Amy (Hoare), her campy uncle Ray (Vegas) and a fortune teller (Binns) who turn out to be useful providing them with the address of the Choudray family. Ruled by two matriarchs Sara (Tamaddon) and Tazim (Bakshi), it turns out that Malik is not Omar’s father, his progenitor is actually Irfan (Chaudhry), Malik’s younger brother, who is about as mature as Omar himself. Pete falls into the arms of young Parveen (Davis), a teenager who doesn’t speak to her family, but is very verbal with Pete, who also has a slight walking disability. When Parveen and Pete set out in grandfather Choudray’s pristine Rolls Royce, picking up oddballs from the waterfront, the scene is set for a raucous wedding finale.

Told this way, one might expect a run-of-the-mill comedy, but every character feels rather a parody, and the clichés pile up like papadums. Everyone seems to be  OTT so the lack of straight versus crazy, the very essence of any comedy, is therefore missing.  funny numbers, but not much cohesion. DoP Matt North overdoes the colourful palette making everything as saccharine as the candyfloss on the beachfront. Humour is always highly personal affair. Let’s just say that Wingard’s lack of subtlety veers on the embarrassing, and the rather undeveloped characters and storyline make for disappointing viewing. AS