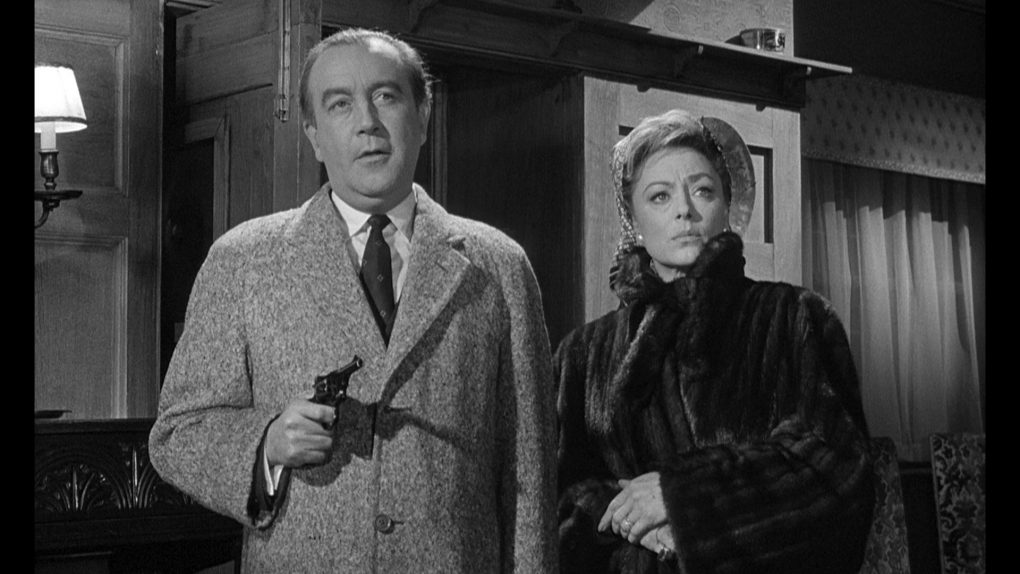 The Earth Dies Screaming is not a cutting edge sci-fi in the traditional sense just a delicate amuse-bouche of British black & white nostalgia (that would lead Fisher to his blow-out banquet at Hammer). Special effects are graciously subtle rather than gobsmacking and there’s some priceless dialogue and a solid cast who are sadly no longer with us: Willard Walker; Dennis Price, Virginia Fields, Thorley Walters and a captivating vignette of Anna Palk (The Main Chance).

Financed by American producer Robert L Lippert, Terence Fisher’s low-key approach showcases his laudable auteurist credentials in a sci-fi fantasy that unfurls elegantly in early Sixties Surrey, and a far cry from the lurid Gothic fare he went on to make for Hammer Studios. The Earth imagines a prescient vision of England invaded by aliens possessing the power to re-animate and control those who had lost their lives in the rural apocalypse. Willard Parker plays a masterful American test pilot who marshalls the survivors in an upmarket uprising against the alien invasion. Parker makes for an impressive hero, and Virginia Field plays attractive female lead Peggy, in control but also vulnerable to Dennis Price’s snide and supercilious Quinn Taggart, who is desperately trying to sneak her away from the rest of the group in a cheeky subplot (she was actually married to Willard at the time).

This is a classical production dressed by The Avengers costumier Jean Fairlie with dialogue that is terribly twee, despite the ominous tone throughout, Harry Spalding raises titters rather than shocks with lines like: “I’ve got your dinner warming in the oven”. Fisher makes the most of a minimal budget with glowing black and white camerawork from Arthur Lavis. The robots look more like deep sea divers in their natty quilted boxes. than scary monsters from outer space but when the dead characters start to reanimate their eyes glow opaquely in a really unsettling and convincing way, and Elisabeth Lutyens’ atmospheric score completes the picture of middle-class meltdown. That said, The Earth is about as terrifying as a fireside chat with Terry Wogan but equally entertaining. Watch it for the cast and the craftsmanship rather than the chills. MT