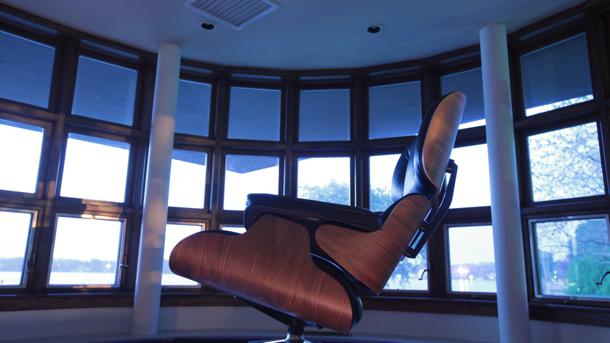 For nearly four decades 908 Venice Boulevard was one of the most creative places in LA thanks to the architect Charles Eames (1907-78). With his wife and partner Ray, he revolutionised the profession, deconstructing the way architects designed by making the workplace free-moving and communal to facilitate an interchange of ideas and practices. His design maxim was “the best for the most for the least”. 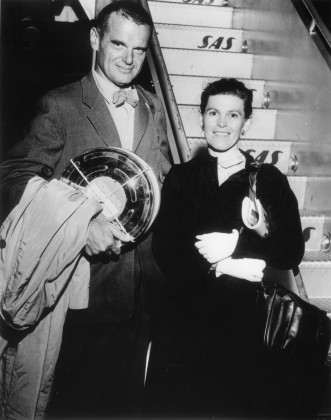 In just over an hour, this absorbing documentary successfully showcases the world of Charles Eames, describing not only his architectural achievements but also showing how he became one of the most influential creative geniuses of 20th century America. Exposing a fascinating array of archival material, Jason Cohn brings to life his unique creative talents and captures the personal love story he shared with his wife and partner Ray.

For most of us, Charles Easmes’ main legacy was the iconic chair in leather and chrome. Time magazine called it the greatest design of 20th century but the chair started out as a failure. He originally started work on the design with the Finnish architect Aero Sarinnen. His goal was to create a comfortable and supportive form-fitting chair without padding.  Although the design was workable on the drawing board and won a competition, it could not be brought into successful production and Aero soon left the project.  At this time Charles was broke. Taking up a teaching post at the Art Academy in Cranbrook Michigan, he met and fell for Ray Kaiser, one of his pupils.  She was to change to course of his life and in 1941 they married and set up a design office in Southern California. With her support he became obsessed with successfully continuing production of the chair.

Charles wanted a world where work, love and art all blended together and Ray embraced the same ideal.  They were the perfect couple embracing a compatible talent and a deepening love for each other. After the devastation of the War years where they turned their talents to designing splints for injured soldiers, they went back to perfecting the chair and realised during trial and error that design should ‘flow from the learning’ of these intervening years. 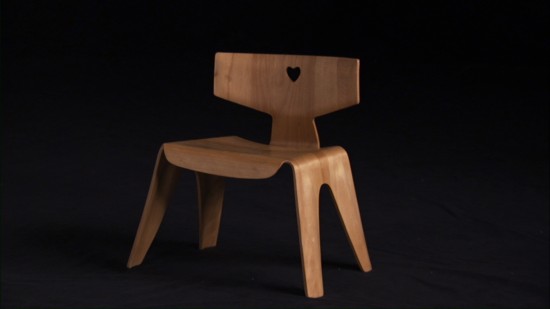 There was no doubt that Eames tried to inject an ethical element into consumerism of this period.  Although many people in the office collaborated in the designs, the only person who could put his name to them was Charles Eames. Ray would always stand behind Charles but she was undeniably key to the design process in every stage and his creative output would not have been the same without her efforts. Charles depended on her artistic skills and her ability to ‘think outside the box’ and create dynamic shapes in juxtaposition to each other.  He also relied on her for her sense of colour and her unique visual ability and vision. A ‘people person’, Ray’s charm and charisma complemented his retiring and rather prickly nature. They were emerging as the most significant married designers working in post-war America and created a seemless environment for their talents and those of their collaborators. 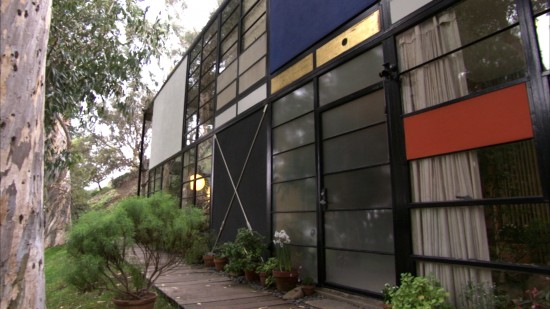 Now active in a dizzying array of disciplines, they produced exhibitions, toys, books, photograpy, paintings and over 100 films. And although the majority of these films never made it onto general release they contained the most original design ideas of the 20th Century.  Most noteworthy of these were House (1955): In a series of 35mm stills, this illustrated how the house came into being.  The intention was to build a house from recycled materials from the war effort but the initial designs were problematic and took 5 years to eventually come into being.       The Eames house evolved over the years and it was largely prefabricated and became their own artistic playground. Royalties from Herman Miller allowed Eames to go beyond his creation of the iconic chair to set up 901 which was a cornucopia of artistic endeavours including the use of film as a tool – not an art form – to satisfy his own desires and embrace his 24-hour work culture. Charles Eames was not particularly gifted in networking and he didn’t suffer fools or anybody who he took a dislike to.  Nor was he a good verbal communicator and found it impossible to articulate his thoughts cohesively on many occasions.  But in some ways this enabled him to retain his design integrity and work constructively with clients without losing his artistic ideals. 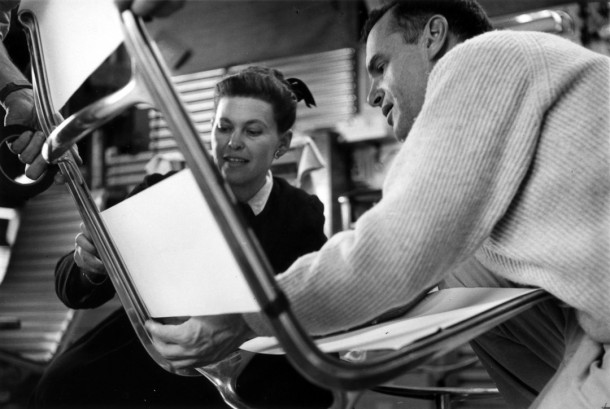 Kruchov and Nixon had their kitchen debate and the American National Exhibition was held in Sokolniki Park Moscow in the summer of 1959.  The Exhibition was sponsored by the American government and featured many displays of the latest mod-cons. It was intended as a tool of cultural diplomacy against the Soviet Communist regime. To endorse this Charles and Ray were commissioned to make a film entitled Glimpses of the USA

People were sent all over the States to take nationalistic images which were then edited. The film spoke from the heart and as a piece of propaganda it sold the USA in a sanitised way ending with an image of forget-me-nots. This film endeavour set Charles and Ray up as communicators in an entirely new arena: they were now communicators with pictures and elevated to the status of cultural ambassadors worldwide and interpreters of the American Dream.

At the time IBM was a computer giant. As visionaries in this new world, Charles and Ray wanted to humanise the computer age. Over two decades they became synonymous with the the idea of using computers to help people in their everyday lives. And as  their reputation as visual communicators grew so did their client list: it now included some of the biggest names in American consumerism.  They didn’t have contracts they had handshakes; and for Charles these gentlemans’ agreements worked both ways. He wasn’t concerned about money so much as about giving clients what they wanted.

Charles and Ray wanted to work for the ‘Googles’ of their era, to further their ideas and have them shape the future of America.  Powers of Ten was the best known of the films they created. This picture looked into the future of audiovisual perception.

But although Ray’s eye for form and function and her talent for colour was an asset, it could also be a burden. She was a perfectionist and in some ways over the years this crippled her. Constantly competing for Charles’s attention in every domain was also starting to take its toll. Charles’s intoxicating charisma attracted women, who were naturally drawn to him.  Handsome, smart and cool: everybody wanted Charles and although emotionally bonded to Ray, he was having affairs while continuing his collaboration with her in the office.

The Franklin and Jefferson Show was their final exhibition. Its failure in New York was perceived as largely due to their inability to edit out the exhibits engagingly. However, when the show moved to Europe in 1975,  it was a resounding success for this very reason. British Vogue reported “The layout and visual impact are staggering: one wants to spend days studying the documents, photographs and artifacts that bring the period vividly to life”.

Eventually Charles became tired of running the show and wanted to escape with his camera and travel, but he did not know what to do about Ray who was by nature a homebody. Then fate intervened. In 1978, Charles died suddenly and Ray became head of the office.  Faced with the mammoth task, she rose to the occasion and went on to manage the team and communicate the design ethic for a while but eventually the output and the clients dwindled. Despite this Ray continued to flourish as an individual and, free from the overpowering figure of Charles, she developed her profile as one of the most influential female artistic figures in post-War America. Jason Cohn’s biopic will fascinate those interested in modern design or American history. Newcomers will sim about the love story of two artists who lived their belief that “eventually everything connects”.  Meredith Taylor ©