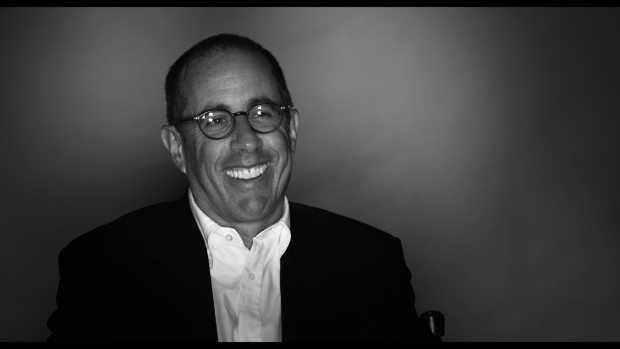 Well-known stand-up comedians share their insights and experience in this occasionally amusing compendium. DYING LAUGHING is not a funny film but there are moments of humour in the British-produced documentary dedicated to Garry Shandling, a comedian who died last year.

You may not recognise all the 50 comics who take part in rolling snapshot interviews, but all convey the dreadful awkwardness and moments of embarrassment when no one laughs in a venue sucked dry of all positive vibes. The film conjures up the hit and miss nature of being a stand-up;  the harrowing stage fright and elation of success. The overall tone is rather downbeat and introspective; the humour drole or dark rather than laugh out loud. Jamie Foxx talks of money cushioning the blow of a bad gig, and seasoned pro Jerry Seinfeld describes “a dead-silent room full of unhappy people”.

There’s no narrative as such, although clearly these guys are responding to a question we’re not aware of as viewers, but pick up the drift as the diatribes roll on. Sarah Silverman describes the loneliness of life on the road, and it’s clear that this is a vocation for the emotionally robust and thick-skinned. Not a choice but an unavoidable calling.

Eventually the agony and the ecstasy becomes routine as each one replaces the other in a string of personal reflections. A more condensed and better edited version would have made for a more impactful, and ultimately more entertaining watch. MT