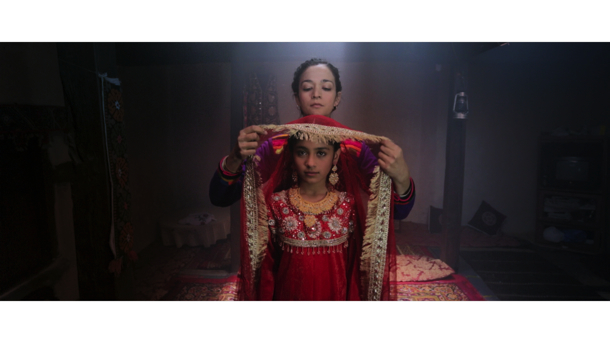 In contemporary Pakistan two warlords decide to make peace: the price of the alliance will be paid by 12-year old Zainab (Aref), who is to be married to man who could easily be her grandfather. But Zainab’s mother Allah Rakhi (Mumtaz), herself a victim of an arranged marriage to a man who isolates her and does not allow her to see even her own mother, flees with the child from the village. The warlords, disgraced by their own code of honour, both send their men out to hunt the two women. With the help of the truck driver Sohail (Mirza), they escape into the mountains, where they hide. But Rakhi wants to see her own mother who now lives in Lahore. Sohail drives them there, knowing that the warlords have not given up their chase.

The great mountain landscape of North Pakistan is the background to this moving and superbly cinematic tale. Whilst the men drive modern cars and use every electronic device available, they still rule women like cattle. And they fight viciously to keep their rights in the so-called ‘honour’ code. Zainab is clearly underage, but everyone maintains silence about the brutal consequences of her proposed marriage. Everybody – apart from Rakhi.

First time director Nathaniel focuses mainly on the relationship between the women; Sohail, even though he is putting his own life at risk, is somehow left out of the narrative: all men are an enigma to women like Rakhi, who is carrying the burden of endless generations of Muslim women in this region – victims of brutal male violence, that is not even camouflaged by religious excuses. This is an immersive drama with convincing performances from the central characters as the camera oscillates between widescreen panorama shots of the towering mountains and intimate close-ups of the women in fear for their life. Well-crafted on a tight budget, DUKHTAR is a cry for help, a cry that should be listened to. AS