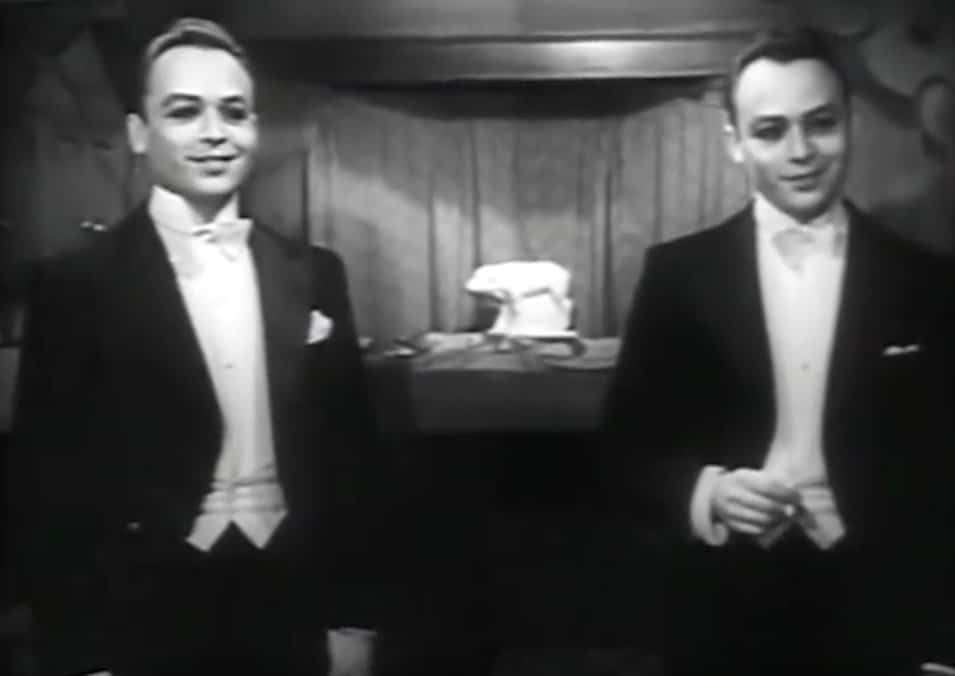 A typically offbeat British National production produced by the ill-fated Louis H. Jackson (the company went bankrupt the following year) and directed by the mysterious Alfred Travers with a plot that feels like a silent continental melodrama. James Wilson’s low keyed photography suits the drab, sordid nature of the story as well as enhancing the believable interaction throughout the film of twin brothers both played by Herbert Lom; achieved with the aid of nimble use of a stand-in, skillful editing and the occasional unostentatious use of trick photography.

Lom’s compelling portrayal of two identical but distinct twin brothers made him a star. Terence de Marney is such a skunk as he gets away with shameless daylight robbery (which the law predictably proves complacently powerless to redress) that I felt even the drastic reprisal taken against him let him off lightly. Holes can doubtless be picked in the plot, but it delivers powerful drama right up to the (very) bitter end.@RichardChatten