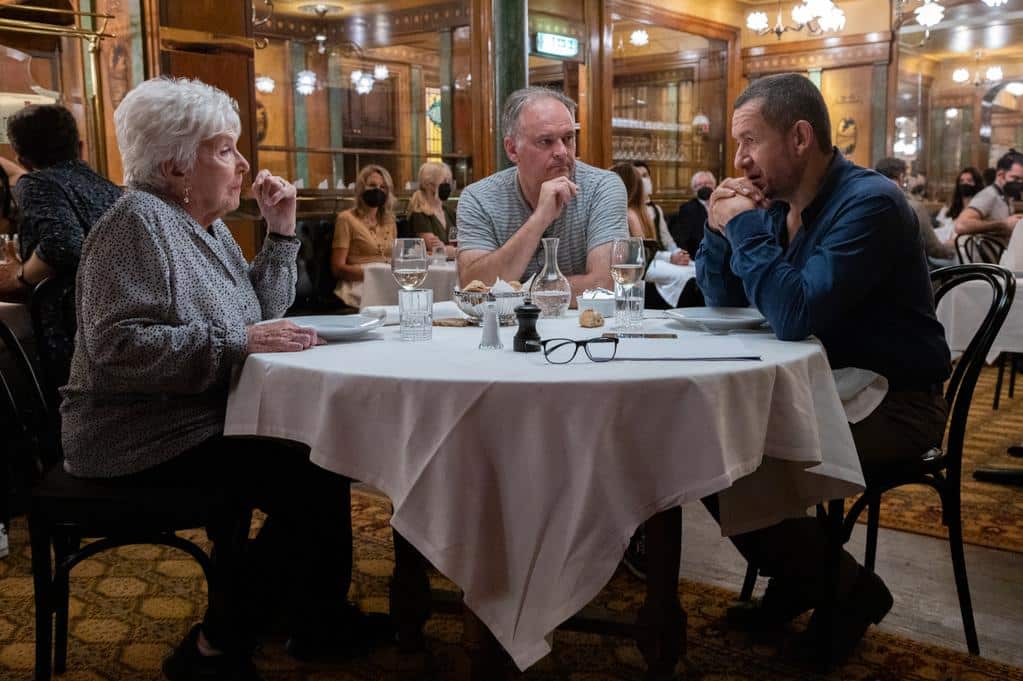 Lacking the emotional punch of the Bruce Beresford’s 1989 hit Driving Miss Daisy this romanticised French version sees an elderly woman reflect on her checkered past to a taxi driver down on his luck as an unlikely friendship develops.

The past and the present are certainly not rosy for these two, and least for the spry but cantankerous Madeleine Keller (a game Line Renaud). The difference lies in their perception of life. Time and the wisdom of age has softened 92 year-old Madeleine’s outlook lending a philosophical spin on her inevitable taxi ride to a care home. Dany Boon’s Charles, on the other hand, is still in his prime but with debts putting a strain on his marriage to Carine (Julie Delarme).

After a rather upbeat beginning the film goes for darker territory without really creating a meaningful backstory for Madeleine’s turbulent relationship with her ex-husband, who we meet in vivid flashbacks as Carion and his writer Cyril Rely plunge us headlong into her troubled postwar love life, opting for sensationalism in graphic scenes depicting the sexual abuse she suffered at the hands of Ray (Jeremie Laheurte). The problem here is that we feel nothing for either of them, or their little boy Mathieu (Hardriel Roure) for that matter despite the grim picture of a marriage that goes from bad to worse with Ray ending up in prison and ruining her life. And now sixty years later all that Madeleine has to look forward to is a nursing home.

A rousing almost epic score accompanies thee melodramatic revelations as Carion attempts to imbue the film with the dramatic weight that should really have come from the writing rather than the musical prompts, and this leaves the audience disaffected despite Renaud and Boon’s best efforts to make us care.

Hearing Madeleine pour out her woes does have a therapeutic affect on the gruff but soft-hearted Charles who realises he hasn’t done so badly so far in his life in compared to his long-suffering fare. And thinking his passenger is having a snooze in the back of his cab he makes a furtive phone call to his wife attempting to patch up their differences. Suitably chastened by listening to Madeleine, Ray then suggests lunch which leads to taxi trip round Paris – and these scenes are the best part of this watchable but rather lightweight affair with its predictable crowd-pleasing ending. MT .