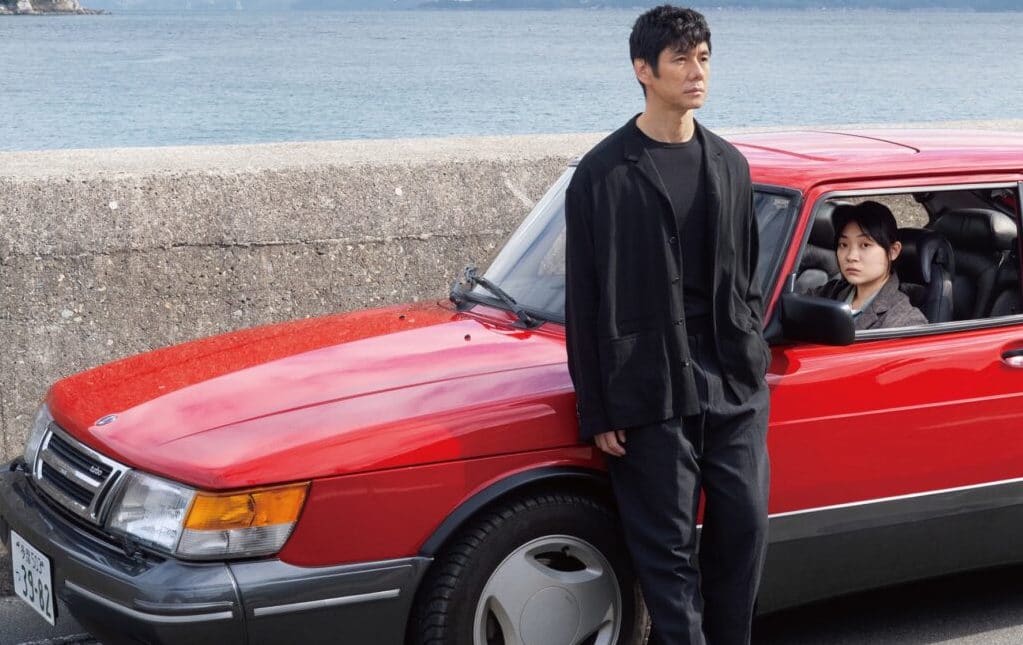 Ryusuke Hamaguchi follows Wheel of Fortune and Fame with another thoughtful love story this time Hidetishi Nishijimia is Yusuke Kafuku, a stage actor and director preparing to direct Uncle Vanja at a theatre festival in Hiroshima.

Daily rides to and from work in a stylish red Saab with his shy young driver Misaki (Miura) provide a safe space to share his feelings, and as a tentative relationship develops between the two lonely hearts, secrets from the past and heartfelt confessions gradually surface.

Based on the short story Drive My Car in ‘Men Without Women’ by Haruki Murakami, the Japanese director is still riding high on his feature Wheel of Fortune and Fame that won a Silver Bear earlier in Berlinale 2021. Once again this explores loneliness and the intense human need to share and be understood. Kafuku is a passionate and highly relatable character whose professional skills and strong sense of self belie his deep longing for a kindred soul to complete his happiness.

Modest in terms of his material needs, Kafuku has a complex psyche with a rich emotional inner world, and his soul is often laid bare during intimate chats with female chauffeur Misaki. She is a woman whose harsh and extreme life has afforded her a maturity beyond her years. And although the two companions are from different generations Hamaguchi’s textured script and layered characterisations show them both to be highly intuitive and emotionally intelligent.

The film’s ample running time allows for an indepth understanding of what it is to be lonely while also being complete from an intellectual and professional point of view. It’s a subtle, engrossing and enjoyable piece of cinema showing Hamaguchi at the top of his game as one of the world’s leading auteurs.  MT