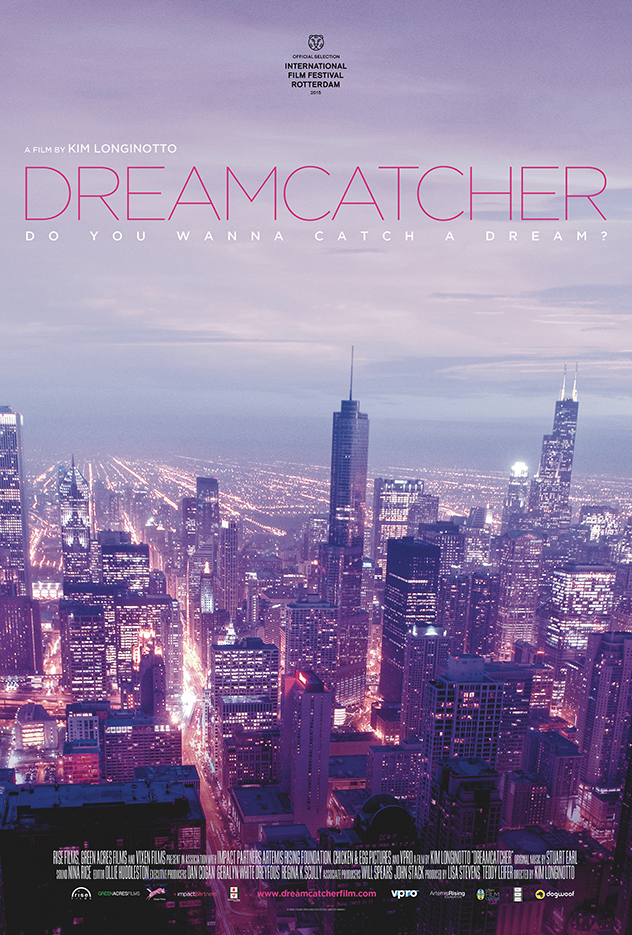 International Film Festival Rotterdam – British documentarian Kim Longinotto turns her expert eyes and ears to Brenda Myers-Powell, a former prostitute and drug addict who now spends her days and nights carrying out educational and outreach work in schools and correctional facilities as well as on the hard streets of Chicago. Drawing on her own harrowing past, Brenda is able to connect with prostitutes and other vulnerable women in order to help raise awareness of rape culture and change perspectives on prostitution as a criminal activity.

Brenda’s voluntary work as the co-founder of the Dreamcatcher Foundation (“we’re not here to pressure you or judge you… have you got any dreams you wanna catch?”) recalls that of CeaseFire, the violence-intervention organisation that was the subject of another excellent Chicago-based documentary, Steve James’s THE INTERRUPTERS (2011). Like the activists in that film, Longinotto’s subject is an indefatigable survivor of remarkable strength and character. Seen early on in the film deliberating over which wig to wear for a meeting, she is a demonstrably chameleonic listener and talker, one who’s obviously able to speak on the same wavelength as the many different young women she visits.

Whether tactfully approaching a prostitute to ensure she has condoms or telling high school students that she was molested during most of her life, Brenda shows an exceptional skill at getting other women to open up about their own lives. This provides Longinotto, who sticks for the most part to an observational strategy, with some absorbingly candid material. In an after-school club for at-risk teens, one student reveals that she was raped at the age of 11. “People used to ask me why I was so jumpy… I don’t trust no man at all.” Another student, 15-year-old Temeka, started prostituting at 12. These are unthinkable revelations.

Meanwhile, prostitute Marie – who ran away from her abusive home in Portland, Oregon, and who has been on the streets since she was 8 – is an ostensibly hardened veteran of this unforgiving world, though it isn’t long before Brenda’s determination to win her trust moves the young woman to tears. It’s heartbreaking to watch someone’s brave face collapse in light of a rare extension of warmth – and if Longinotto really did feel the need to bring in Stuart Earl’s quiet score at this point, at least she does it subtly.

Longinotto’s go-to means of flowing from one sequence to the next is to cut either to a startlingly attractive cityscape from above, or to a travelling shot from a car through more upmarket areas of Chicago. In addition to assisting the narrative editorially, these moments provide an ironically pristine image of urban space, whereas the testimonies from the women whom Brenda encounters in her daily work suggest a real gulf in wealth – perhaps the unacknowledged framework by which the director has come to film their experiences. At some point, we have to ask why the majority of these battered, mistrustful women are black – and, drawing further back, why all of them come from impoverished, working-class backgrounds.

Until those questions are asked, though, there’s a real-life superhero at work on the streets of Chicago, and she’s got the back of all women who’ve been marginalised, abandoned and left in mental and physical tatters by rapists, abusers and an institutional system that wants only to criminalise their survival instincts. MICHAEL PATTISON