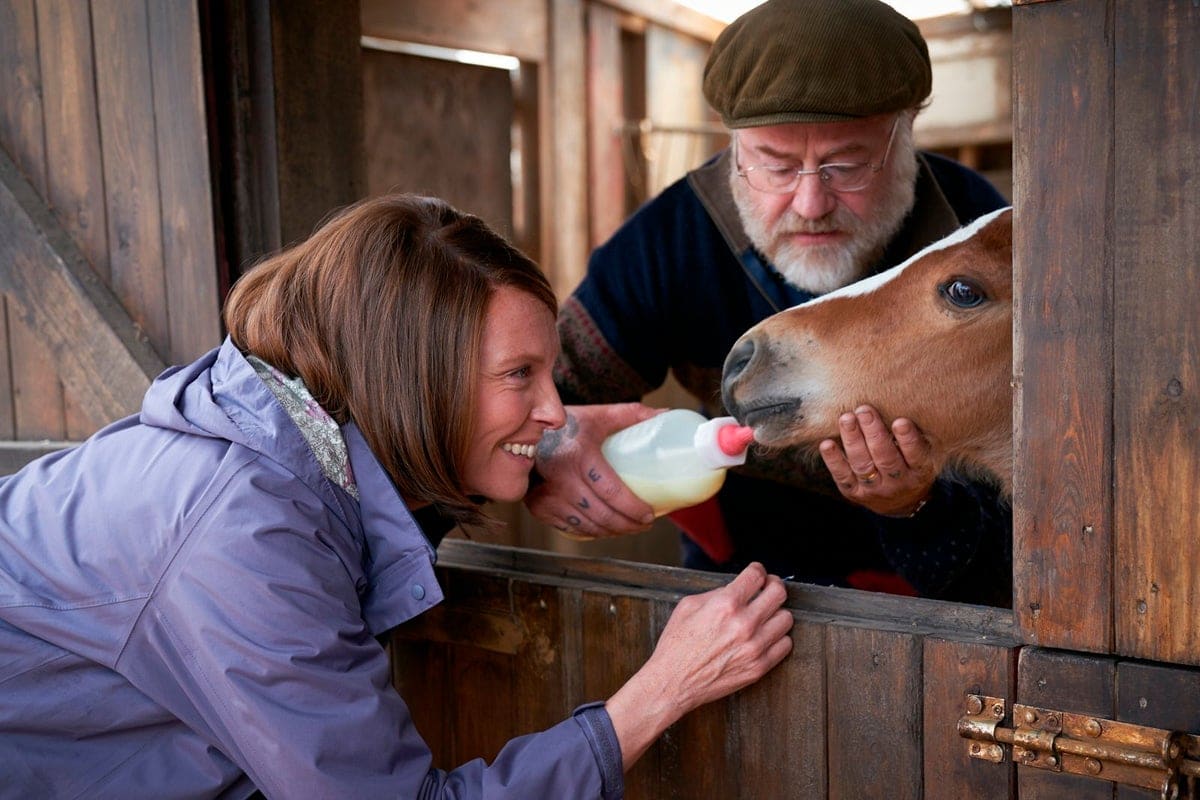 It was only a matter of time before Louise Osmond’s loveable award-winning Dark Horse (2015) got its glossy Warner Brothers’ makeover in the shape of Dream Horse. And to be fair, Euros Lyn has made a reasonable job of it in this effervescent crowd-pleasing drama with its fizzing feel-good storyline.

The success of Dream Horse is largely down to Toni Colette and Damian Lewis and Neil McKay’s well-paced and punchy screenplay. The film also looks ravishing in its scenic Welsh locations.

Dream Horse is all about how Jan Vokes (a spunky Colette) turns her ordinary life in a Welsh village into a success story uniting her community and creating a racehorse into the bargain. Initially reluctant her couch potato husband Brian soon rallies round and with the help of local accountant Howard Davies (Lewis) and a syndicate of local people, Jan breeds a foal – which they name Dream Alliance.

On the racetrack, Dream proves himself to be more than a match for the multi-million pound racehorses he comes up against – a true working-class champion, taking on the establishment at their own game. But much more than this, Dream begins to alter the lives of everyone in the syndicate, and Jan raison d’être. A simple story then, but one with everlasting appeal. Dream Horse is a winnerl. MT