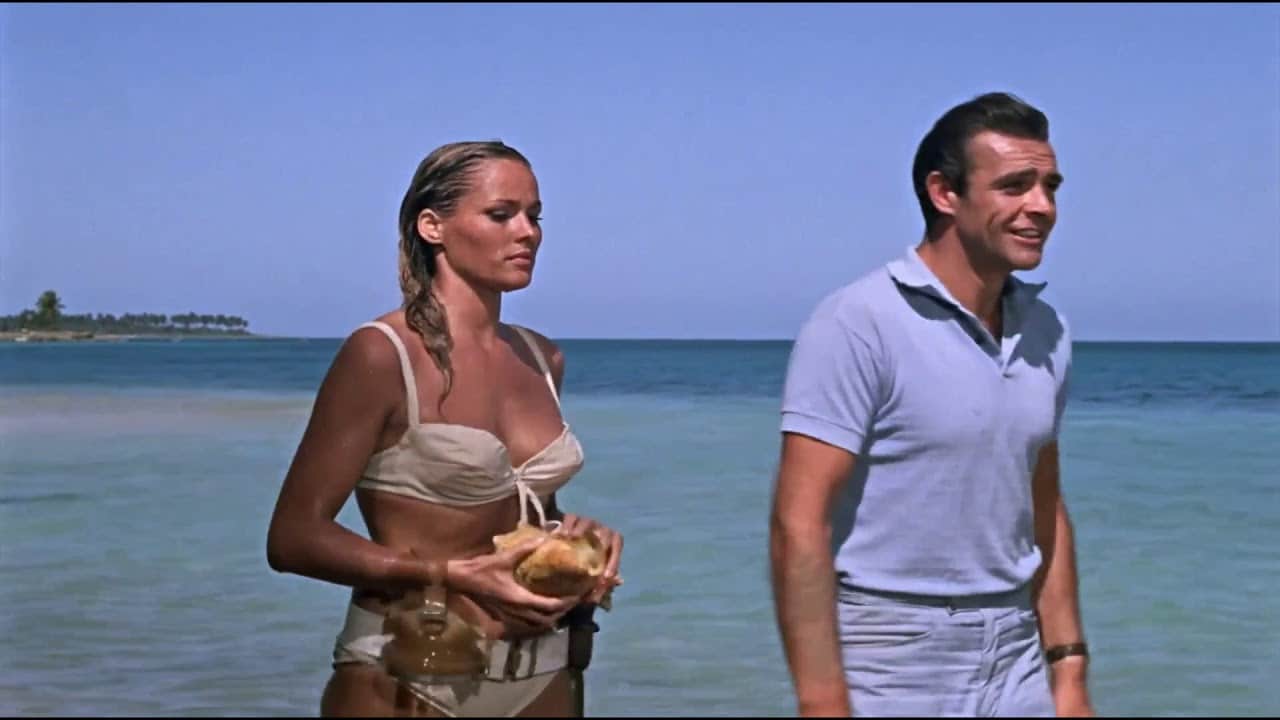 The mighty Bond franchise – which turns sixty this year – begins with three blind beggars making their way through Kingston. Filmed completely out of the sequence in which the original novels were, he here meets both Quarrel and Felix Leiter for the first time despite in the 1958 novel having already worked with both four years earlier in Live and Let Die

The pop art credits anticipate a much rawer film than those that came later; with a thuggish Bond who in those days thought nothing a shooting an unarmed man twice (originally it was thrice, but the censor cut one of the shots).

As recently as 1962 the makers depicted a quick going over with a hose as sufficient for radioactive decontamination; and with the series still coining it in, so the sight gag about Goya’s portrait of the Duke of Wellington will gain new currency when ‘The Duke’ opens in the West End next month. @RichardChatten