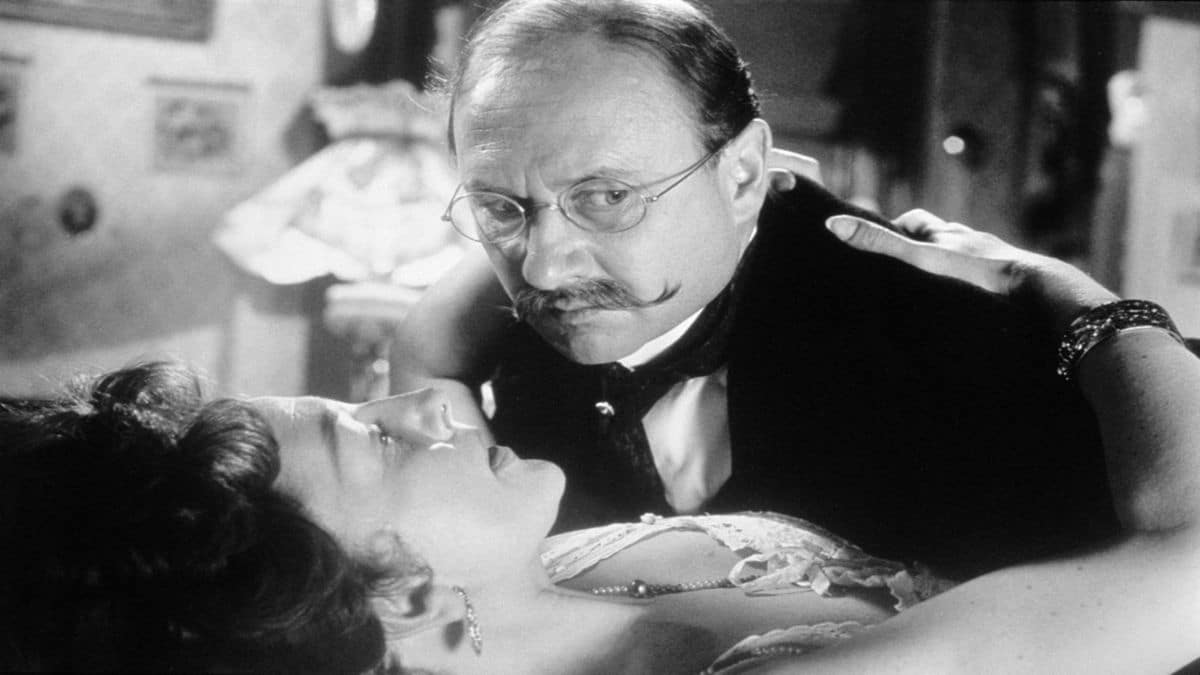 Along with Himmler in The Eagle Has Landed this is the role Donald Pleasence was born to play; although ironically Coral Browne, who stars as his abrasive wife, later married Vincent Price who landed the part originally written with Pleasence in mind, of Matthew Hopkins in Witchfinder General (1968).

Nic Roeg is behind the camera here and the focus is Crippen’s love life in a storyline that opens at the start of the doctor’s trial in the Old Bailey, flashbacks fleshing out the gruelling desperation of his marriage to failed performer Belle (Browne), whom he later leaves to elope with his young secretary and mistress Ethel Le Neve (Eggar) only to be arrested on boarding the vessel bound for freedom – and death in 1910.

George Orwell once observed that it shows what society really thinks of the institute of marriage that whenever a woman gets murdered the first person police suspect is always the husband. Making a welcome change from the usual theme of petty crime and bank robberies that British cinema at that time became known for, Robert Lynn’ macabre ‘true crime’ drama followed swiftly on the heals of the Lady Chatterley’s trial that showcased the subject of sexual incompatibility within marriage. Dr Crippen carried an ‘X’ certificate due to its raw depiction of unfulfilled married life, rather than its murderous subject; and in order to potray a very contemporary problem on screen it was necessary to do so in the guise of a famous criminal case over a half a century earlier. Richard Chatten.