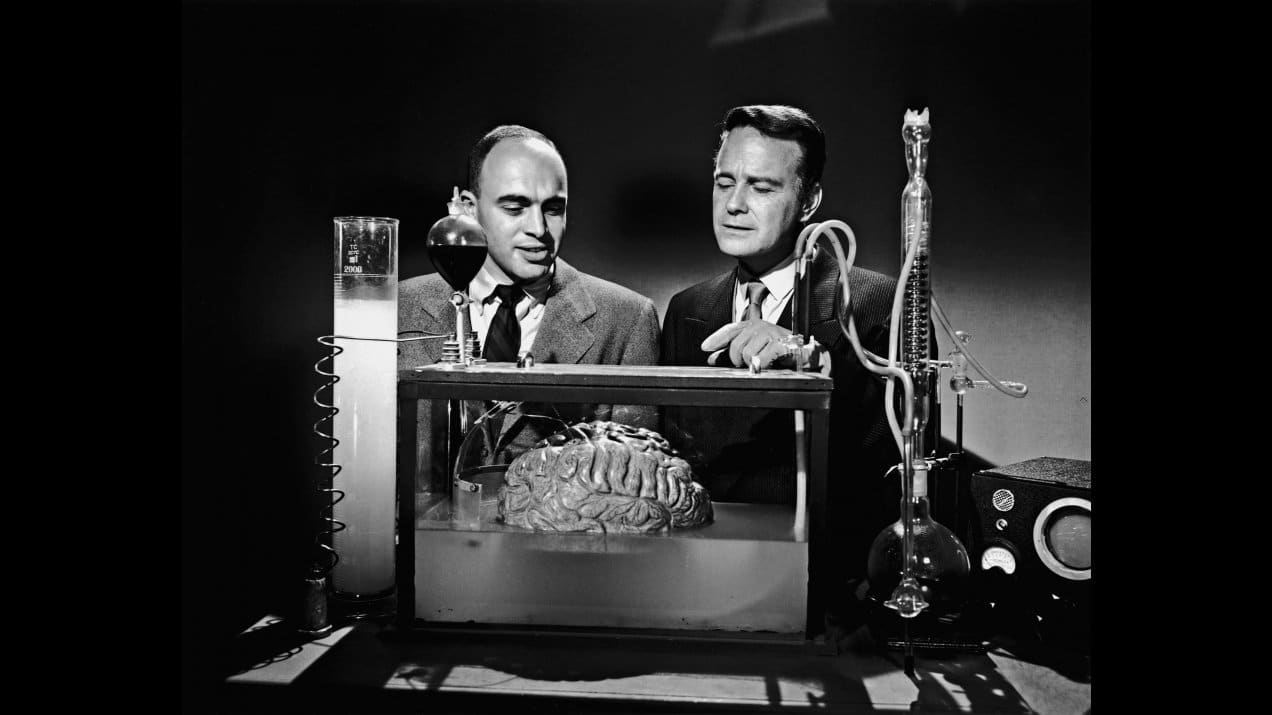 Adapted earlier by Republic as a low-budget Von Stroheim vehicle, Curt Siodmak’s cult novel was transformed again with streamline efficiency by Felix E. Feist into a classic of Fifties sci-fi, and an off-beat climax of the long line of mad scientist fantasies that stretch across the Golden Age of the B-film.

The star of ‘All Quiet on the Western Front’ is teamed with the future First Lady (who shared her future husband’s and the industrialist W. H. Donovan’s hostility towards taxation) in this lively version which offered the sci-fi genre one its most enduring images, that of a brain in a fish tank.

The most unlikely scene in an already tall tale is actually where they’re lounging about in their living room reading up on Donovan since they’re doing so from actual back numbers of of old magazines when in reality it would probably just be photocopies.

Veteran actor Lew Ayres gives Dr. Kildare dignity to his portrait of a scientist whose zeal for extending life leads him far down the dark path to perdition when he reanimates the powerful brain of a ruthless billionaire killed in a crash only to be made victim to the pulsing organ’s uncanny powers of mind-body control. Ayers’ turn into a hardened billionaire remains remarkably contemporary, with his strange lust for ludicrously expensive and ill-fitting suits predicting Paul Manaford, among other power hungry tycoons. Almost subversively, the supporting actors also seem to be rendered wooden and possessed by unnamed forces, with Gene Evans entirely unconvincing as either an alcoholic or a scientist and Nancy Davis locked into a stunned expression, giving equal affection to the latest test monkey as her traumatized husband. (Haden Guest) @RichardChatten