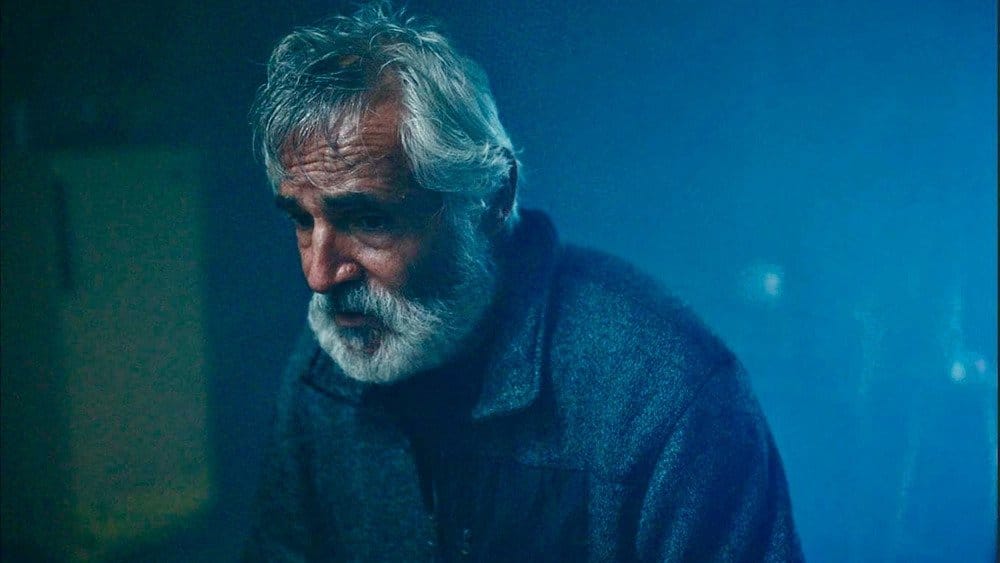 Domingo and the Mist (2022) Un Certain Regard

Costa Rican writer/director Ariel Escalante fuses reality and fantasy in an original hybrid of ghost story and environmental drama that sees a struggling community raging against the forces of modernism screening in this year’s Cannes Un Certain Regard.

Deep in a tropical village a disintegrating  community is being threatened by local developers. 65-year old Domingo resents being forced out of his house and land by the company building a new local highway, but there is much more to his stubborn refusal than initially meets the eye. Domingo (Urena) clings to the happy times he shared there with his wife and her memory haunts him, day and night.

So the likeable widower digs his heels in along with his friends Paco (Vindas) and Yendrick (Serrano) who forge a doomed alliance against the mighty developers whose sinister tactics are menacing the villagers to move on. At the same time, Paco is slowly going broke, his potatoes are infested, and he has no money to buy pesticides and he is sorely tempted to give in. Domingo is also at odds with his daughter Sylvia (Sossa) who seems to have a different recollection of the past. It Yendrick has messed his own marriage up and is still depressed about it although he has since remarried and has another family .

The action takes place mostly in darkness Escalante and DoP Nicolás Wong Diaz inculcating an atmosphere of terror and insecurity with elements of magical realism involving swirling mists, striking images and an atmospheric soundscape punctuated by raucous gunfire deep into the night.

Every evening Domingo is at the ready with his shotgun, aiming at anything that moves, eventually to his own detriment. The whirling mists follow him everywhere, particularly in the woods and the house that now serves as shrine to his wife. He promises her “we will visit all our favourite places, when I am dead”.

Domingo in the Mist is a slow burner, languid and lyrical, luxuriating in the innermost fears and feelings of a terrorised community. Urena in the title role gives a soulful performance, and Escalante impresses with an image-driven narrative with a neo-classical framing of guilt and redemption.