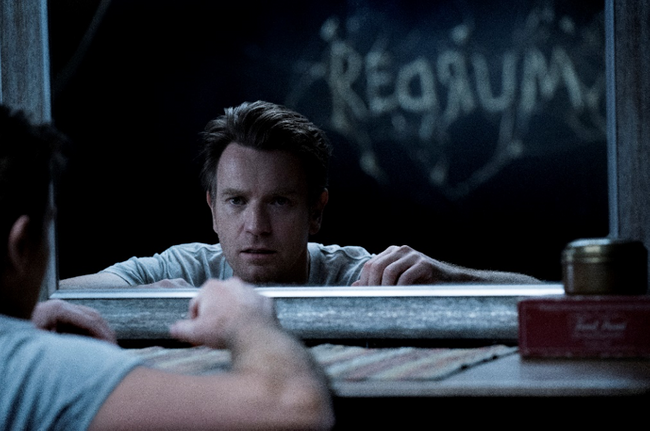 As sequels go, this is par for the course: in other words, a bitter disappointment. Mike Flanagan is known for his horror outing Gerald’s Game and has now misguidedly embarked on a screen adaption of Stephen King’s 2013 novel Doctor Sleep that follows the troubled life of Danny, the young boy from his 1975 novel The Shining, famously adapted for the screen by Stanley Kubrick in 1980.

Doctor Sleep is just not up to standard despite Flanagan’s best efforts to emulate the style of Kubrick’s original. The inflated running time of two and half hours makes matters even more tedious, extending a simplistic plot to breaking point. The result is a torpid, confused and second rate addition to the King adaptation saga.

It sees Dan Torrance (a decent McGregor) suffering the aftermath of his childhood traumata during a wintry stay in The Shinings’s Overlook Hotel, and on course to replicate his father’s uneasy journey through life as an adult. Alcoholism has already derailed his career before he finally fetches up in a small New Hampshire town where he works in a hospice to help the dying. But the past raises its ugly head in the form of Rose (Ferguson) the cultish leader of ‘The True Knot’, a group of immortals living in huge luxurious caravans. They kidnap young people who possess the well-known gift of ‘shining’, torture them and prolong their own lives with the potent dying breath of their victims. The charismatically evil Rose is amply supported by her deputy Crow Daddy (McClanon) and Andi (Lind), whose nickname ‘Snakebite’ refers to her powers of putting her victims to sleep. But Dan is soon joined and supported by teenager Abra (Curran), whose ‘shining abilities’ outperform the rest of the crew. They combine forces to quell this evil band in a climactic finale based on re-rendered original shots of the Overlook Hotel and its adjacent maze.

DoP Michael Fimognari tries his best to come up with an inspired visual look to enhance Flanagan’s pedestrian script. But everything is so mediocre he can’t help but fail. The same goes for the actors whose characters are terribly one-dimensional with lines that makes us cringe in despair, despite their best efforts, so much so that we actually welcome the appearance of a fluffy, blue-eyed cat who seems the only creature able to fathom out the predictability of it all. Performance-wise McGregor is particularly good as an adult Dan, but the young Danny (Roger Dale Floyd) looks nothing like the original Danny Lloyd, making us unconvinced this has any bearing on its source material. That said, Carl Lumbly makes for a rather good Scatman Crothers as does Alex Essoe as Wendy.

Despite Flanagan’s protestations in a pre-screen interview, we are left wondering whether Stephen King has really given his blessing to this – at best – unimaginative affair. After all, he more or less disowned Kubrick’s film, executive producing his own script of the novel for a TV miniseries in 1997.

All things considered directing-wise, Flanagan isn’t worthy so much as to gather up the crumbs under Stanley Kubrick’s table despite his best efforts to emulate his hero in this sequel. To compare the two films is like comparing an Aston Martin with a Reliant Robin – both will get you from A to B but offer a completely different experience. AS