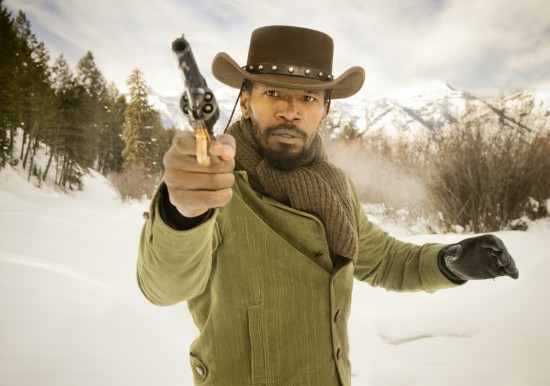 It is very easy to be up in arms about this film for any given reason: for the violence; the Black story being told by a white man; for politically correct motivations and so on. Tarantino has long been a fan of the Western and Spaghetti Westerns in particular. Django Unchained was a long time in the making; ten years, infact, and it came following an illustrious and not so illustrious line of ‘Django’ Spaghetti Western films. 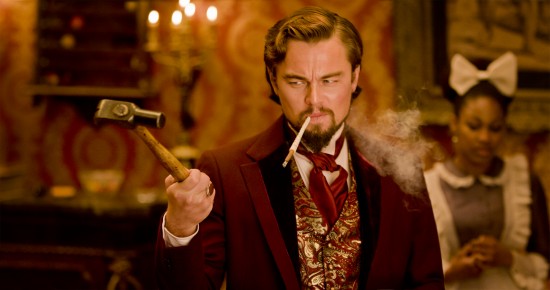 Like it or not, the slave trade is a (deeply regrettable) part of history for black and white alike. To see it on the screen with just a minute few of its countless atrocities witnessed has to be a good thing. How many times do we see twee period dramas, all spotless lace and heaving corsets, ignoring the reality that made it all possible? How often is the Black experience, the Black story ignored?

So here we have black actors portraying a true facsimile of what it was to live then. Interesting on several levels, not least of which being that here is a $100M movie, that millions are going to see now it’s on Netflix, populated by a massive Black cast and with a Black lead.

All of that aside and moving onto the film itself, is it any good? Well, yes it is. After a terrible blip in the risible Inglorious Basterds, Tarantino returns to form with a really well-constructed, well-thought out and well-made film. The locations, in the Californian Alabama Hills, Jackson, Wyoming and New Orleans in the Deep South, are simply stunning, with Tarantino concerned to use the real and not CGI to create authenticity.

On top of the general genre of Western and the Black/White slave thing, it’s a story of empowerment, of love and of sacrifice and there are many notable cameos: Don Johnson; Bruce Dern; James Russo. But the stand out performances belong to Jamie Foxx and Di Caprio. Di Caprio is as guilty as any of being in some steaming turds in his time, but then, isn’t every actor? He was also always a good actor. Anyone witnessing him in What’s Eating Gilbert Grape could see that. Here, given free rein and the time to really inhabit his plantation-owning character, Calvin Candie, he really pulls off something special.

Foxx is asked for a truly committed performance and committed he is; his journey from slavery to freedom about a man learning to inhabit himself when even his name is not his own, is a well-drawn one, albeit attuned to a wide audience, rather than the sensibilities of an arthouse one.

We’ve moved on a great deal in the past decade since the film premiered and the argument will continue to run and run as to violence depicted in the cinema and its impact upon the viewing public, but it would have been a bigger crime to remove the teeth from a film about slavery and thus somehow sanitise it, than not. AT