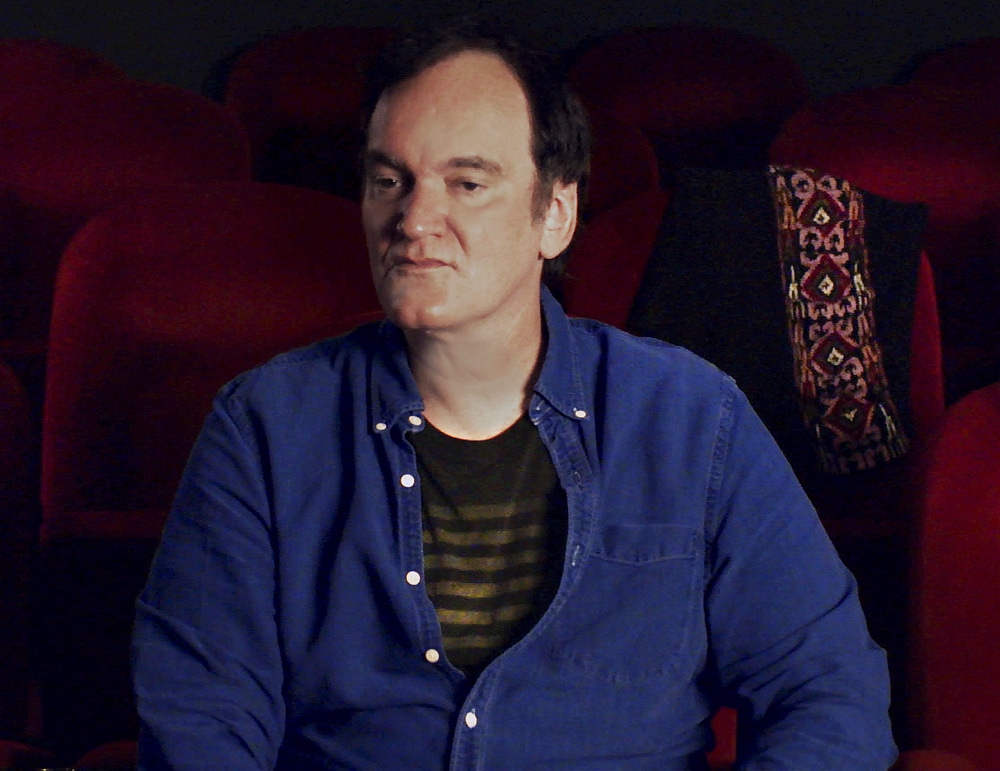 Italian director/co-writer Luca Rea (Cacao) pays tribute to compatriot director Sergio Corbucci (1926-1990), who, with Sergio Leone, dominated the short era of the Italo-Western in the late 1960s and early 1970s. Corbucci, who made 63 feature films, is usually shunned by mainstream critics, even though he directed huge box office successes with Adriano Celantano and Toto, as well as the later Terence Hill and Bud Spencer Western comedies. Quentin Tarantino is the main source, leading us through Corbucci’s career in seven chapters.

Sergio Corbucci, like Leone, started out as a film critic, and via screen writing became an assistant director. In 1959 Leone and Corbucci worked for Mario Bonnard in The Last Days of Pompei and their valuable contribution set them both up for a great future, even though both Sergios’ insisted the glory belonged to Bonnard alone. Tarantino maintained that Corbucci’s ‘Spaghetti Westerns’ were a settlement of his scores with Fascism, since the young Sergio grew up under the Mussolini dictatorship and WWII. He even had the ‘honour’ – as a member of the Fascist Youth Choir – to be five feet away from Mussolini and Hitler he visited Rome. Corbucci’s villains rode roughshod through all his features as sadistic, misogynist and racist monsters, in love with spilling blood – particularly the one of innocents.

Romulo and Remo (Duel of the Titans) 1961 was Corbucci’s first attempt to show a prototype of the violent men which would later dominate his Westerns. His first, Minnesota Clan (1964) was shot in the same year as Leone’s A Fistful of Dollars, starring Clint Eastwood. The shooting of Django (1966) didn’t go to plan: all the horses bolted, and nobody was sure which of the film lots they were shooing on. Nevertheless, the Kurosawa-inspired revenge story (nearly all Corbucci Westerns fall into this category), “was the most violent film, before Peckinpah’s Wild Bunch came along in 1969″.

Corbucci’s Mexican Revolution trilogy of The Mercenary (1968), Companeros (1970) and What Am I Doing in the Middle of a Revolution (1972) is perhaps his most popular, but the most violent by far is The great Silence (1968). The role of Gordon, the mute avenger, was meant for Franco Nero but he decided to go to Hollywood, making an angry Corbucci cast Jean-Louis Trintignant. Klaus Kinski acted the sadistic killer Tigero, who survives, whilst Gordon is killed. Shot in an eerie, snowy landscape, The great Silence also featured another re-occurring theme of the Corbucci’s Western: the cowardly citizens of the hamlets, who would rather obey the repressor than take the side of the avenger. “It feels like Corbucci is taking a swing at John Ford. The latter’s films show the town building and solidarity of the citizens, whilst Corbucci’s folks are rather meek and cowardly”. One of Corbucci’s last Western was Sid & Jed (1972), a Bonnie and Clyde story set in a Western milieu.

Tarantino offers a clever solution to an unsolved riddle in Django. When the titular hero arrives, we see him laying flowers on the grave of a certain Mercedes. Tarantino conjures up an explanation, in which Django is a soldier who has fought the Confederates, and now returns to give a keepsake to Mercedes, the wife of his black friend who was killed in the war. He then encounters the hooded KKK, who have done away with the black population, and are targeting the Mexicans. All set in Missouri, where slavery was not abolished.

Filmmaker Ruggero Deodato, once Rossellini’s assistant, who worked with Corbucci on 13 films, gives insight into the director’s work, as do many private videos sharing some hilariously funny and candid incidents during shooting. They also show a director who certainly enjoyed his work, and who was always ready for a good laugh – even at himself. AS