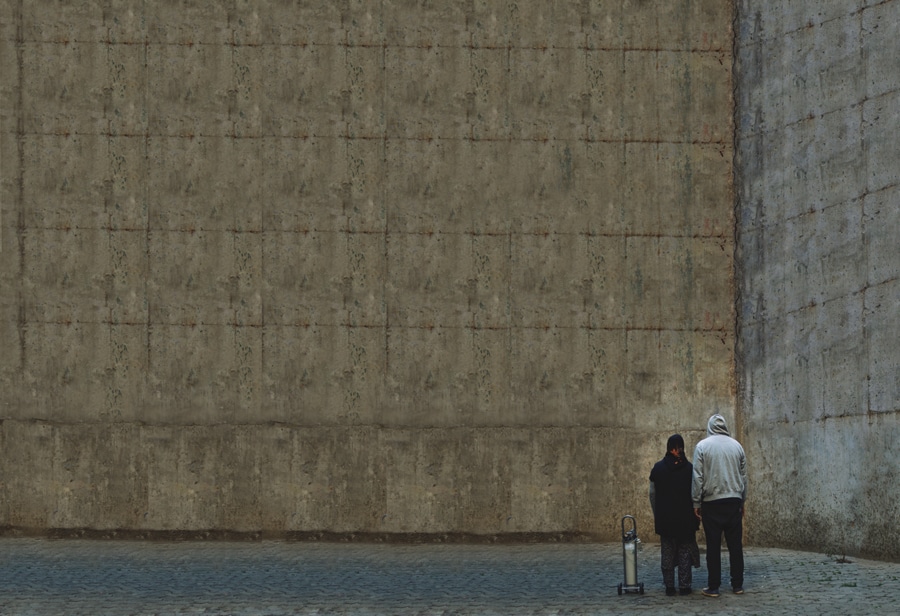 In the near Tehran future will be reduced to a broken down backwater. At least that’s the view envisaged in District Terminal a rather stylish but overlong social and political drama from first time Iranian filmmakers Yadegari and Mirhosseini, screening in the Encounters strand in this year’s 71st edition of Berlinale.

This vision of dystopia and existential angst is seen from the perspective of a mother and her junkie son Peyman (played by Yadegari) who are struggling to make sense of their daily lives as they face a grim and uncertain future in a pokey flat near Tehran’s eponymous transport hub. A lethal virus, possibly the result of environmental pollution, has brought the city to its knees and their local neighbourhood has been placed under round-the-clock surveillance by quarantine officers.

The film’s premise is universal, especially in these Covid times, but District Terminal feels distinctly Iranian in flavour, making use of use of his exotic poems written (and he often chants them in hushed tones in Farsi) on the peeling walls of his bedroom. The junkie moments are given an artful spin by the cinematographer.

There’s nothing unusual about this doom-laden scenario. While his long-suffering mother gets on with the business of running the domestic side of his life, the self-obsessed loser Peyman spends his time shooting up and listening to jazz; over-thinking the status quo (and these moments are envigorated by menacing archive footage of ecological disasters); attending his alcoholics support group; and Skyping a skanky-looking woman in the USA who he has married to get a visa, and who is hoping for great things from this ‘marriage’. Meanwhile Peyman is desperately learning English, while his teeth are falling out one by one.

Sometimes his daughter swings round to see him, chanting Amy Winehouse songs and rocking a beanie – rather than a headscarf – she confesses to her father that she loves dating “assholes” and promptly leaves in a white Mercedes.

His two closest friends Ramin and Mozhgan seem the most edifying companions but Peyman is also in hopelessly involved in an illicit love affair. There’s absolutely nothing appealing about these any of these characters who are locked, almost contentedly so, in their aimlessly existence. After a while living in lockdown does induce people to settle for the lowest common denominator, but there’s also something deeply irritating about the way these characters refuse to aspire to anything more than their days of emptiness, drug-taking and navel gazing. MT