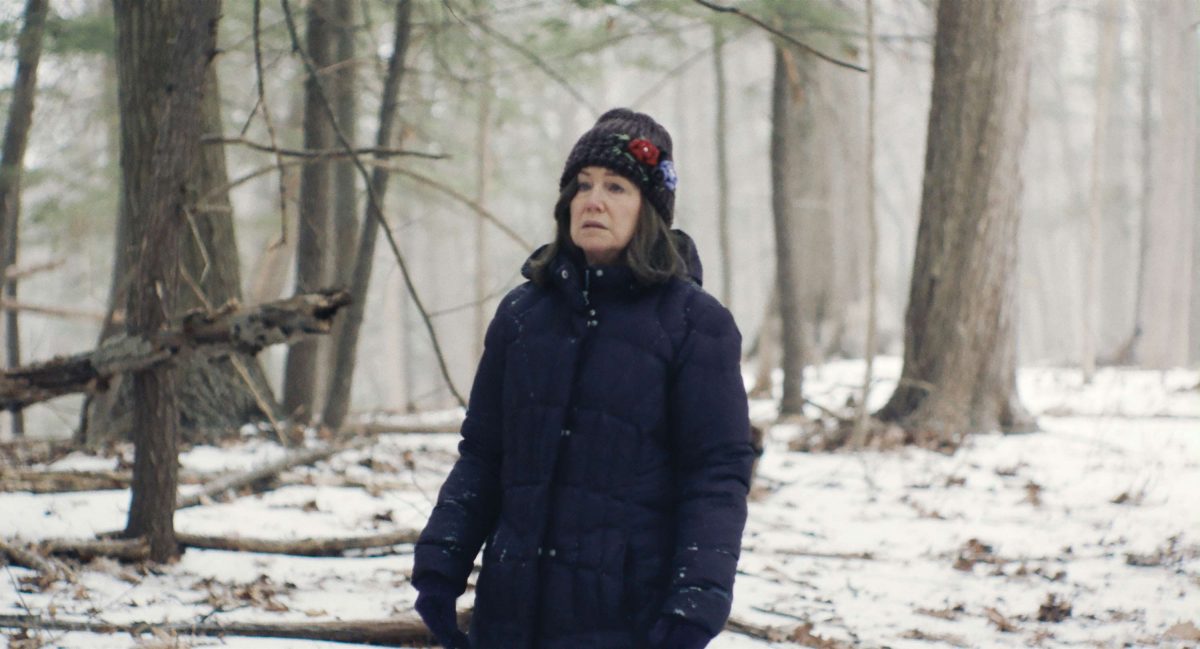 Kent Jones has made some dynamite documentaries: Hitchcock Truffaut, A Letter to Elia; Val Lewton: The Man in the Shadows. His feature debut is an earnest and perceptive drama about an ordinary woman forced to find inner strength when her family crumbles around her. Diane could also be a US version of our long-running BBC4 series The Archers with its cheesy and occasionally awkward moments of ‘raw’ sincerity veering on the maudlin side. It pictures Diane padding around in a pink fluffy housecoat making chicken casserole to take to a sick friend, or having one margarita too many while unwinding in the local bar. This is not Hollywood or New York but somewhere like Denver Colorado where the characters sit around in thick cardies, pouring tasteless coffee into giant mugs and reminiscing over the dead and dying in their local community. What saves it and actually makes it rather watchable is the impressive cast that Jones has assembled: Mary Kay Place gives a subtle but stunning performance as the titular heroine, a divorced do-gooder whose son (Jake Lacy) has lost his way. Deirdre O’Connell is wonderfully convincing as her cousin Donna dying from cancer, and Andrea Martin simpers as her trusted friend. The whole thing plays out like ‘an every day story of countryfolk’ (The Archers’ tagline), as they support one another, do good in the community and occasionally argue but gradually work through their issues. Diane is never hard-edged, but honest and straightforward, despite occasionally striking a bum note – the scenes exploring Diane’s spiritual quest feel rather bogus, as does the character of her aunt Mame (veteran star Estelle Parsons does her best). All in all, this is a well-played and acutely observed domestic drama that sympathetically reflects the world we live in now. MT