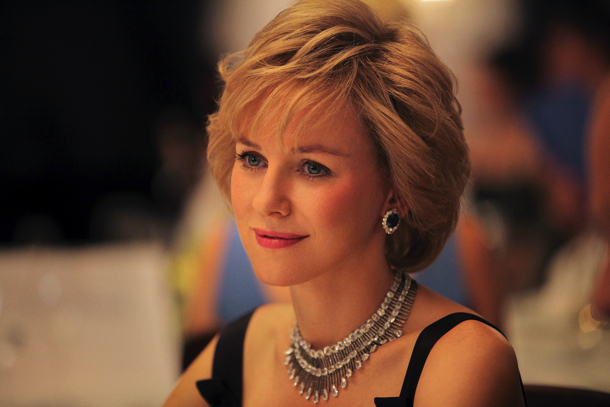 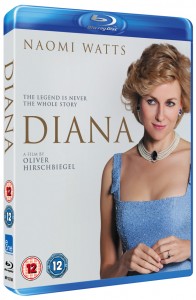 So DIANA is now on DVD and the full horror of this sad ‘tribute’ can be viewed from the privacy of one’s own boudoir. Well, pour yourself a glass of late harvested Riesling and settle down with the girls for a couple of hours of noble rot. Purporting to represent the real face of the Princess behind the pages of ‘Hello’, it focuses on her relationship with heart surgeon, Hasnat Khan (Naveen Andrews).  And what a travesty, in more ways than one. Portraying Diana as a simpering, eyelash fluttering heiress (a nineties ‘Made in Chelsea’ one at that), Naomi Watts completely fails to convey the allure of a woman whose innate style and bearing conquered the hearts and minds of millions all over the World. Dressed in ASOS meets Country Casuals, she scuttles around giggling and blushing, like a skittish teenage ingénue, completely in awe of her surroundings during hospital visits and awkward in public appearances when posing on the international stage.

With his dark, sultry magnetism, Naveen Andrews looks the part but has nothing to work with but a stilted script full of trite clichés (“if I marry you I marry the whole World”).  Their sexual chemistry is as tantric as tea with the Vicar, yet this man is supposed to be her sexual nirvana after years in the sack of jug-eared clumsiness (“I love it when you put your hand there”). Sofa suppers in front of ‘Casualty’ (as if!) and cosy trips in his Ford Mondeo to the seaside (at least give him a Saab): feel like excerpts in the life of Kevin and Janice from Staines not a recherché couple with grace and breeding. Geraldine James and Juliet Stevenson are believable and well-cast as her kindly therapists, but the episode in Pakistan just feels implausible.  When things fall apart, Diana comes across as irritated and defensive rather than emotionally devastated although Andrews manages some tear-jerking ‘can’t live with you, can’t live without you’ pathos.  As Diana walks away from love and rebounds into the swarthy arms of Dodi, she creeps back into her Cancerian shell only to emerge a hard-edged, manipulator of men and the media, on his yacht.  Shame that one so talented as Oliver Hirshbiegel (Downfall) should put his name to this clunky cable TV crud. MT