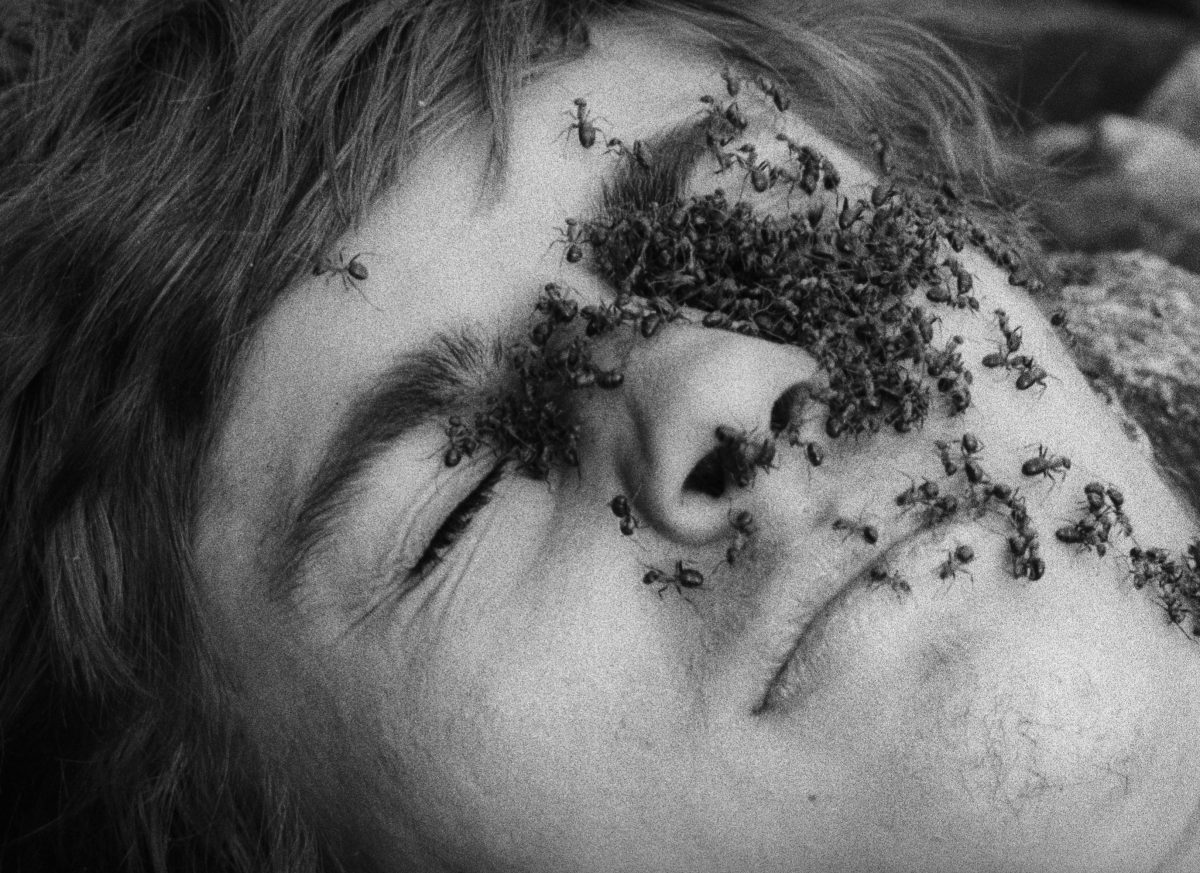 This debut feature of director/co-writer Jan Nemec (1936-2016) is based on a short story by Arnost Lustig, to whom Nemec also turned for his graduation film at the famous FAMU filmschool in Prague. Shot in black-and-white with a mostly handheld camera by DoP Laroslav Kucera (Death of a Fly), Diamonds is one of the first examples of Czech feature films heralding the ‘New Wave’, which would be snuffed out by the Soviet invasion of 1968.

Set in 1944, two Jewish teenagers (Jansky/Kumbera) escape from a train destined to deliver them to Dachau KZ, and into the wooded hills. They are soon chased by a group of ‘Volkssturm’ or elderly soldiers (a bit like our own Home Guard) who had been called up for service by the desperate German Fascists. The boys’ flight is shown in parallel montages with their rather mundane past and fractured memories, not always in chronicle order, which not only adds heart-pumping suspense but also considerable poignance, as we feel for the boys in the plight. When they encounter a farmer’s wife, Jansky contemplates killing or seducing her in a dream sequence. But instead he steals a loaf of bread, and they make off again. Finally, the boys are rounded up by the cackling Germans, and are about to be shot, but not before the old gaffers enjoy their ‘hunting’ feast. Nemec ends the feature on a very ambiguous note: with the boys being spared their fate, or as walking away as ghosts.

Nemec got into trouble with the Stalinist censors because of his use of surreal Bunüel-like sequences, with  ants eating up everything around them. The director was accused of ‘Formalism’ by the authorities. His next feature, A Report on the Party and their Guests (1966), was seen as an affront to the ruling Party, and would have got him into more trouble, had The Prague Spring not intervened.

Oratio for Prague(1968) was Nemec’s answer to the invasion, and he was unable to direct any more films before he was exiled in 1974. He tried to establish himself in the USA and France, among other countries, but not as a filmmaker, he became a pioneer of video films. After 1989, he got back to his homeland and directed Code Name Ruby (1997), which won the Golden Leopard in Locarno. Later in life, whilst still working, he was critical of the current president Milos Zeman, whose anti-liberal laws Nemec opposed, sending his medals, received from President Havel, to Zeman –  completing the sad story of a truly liberal filmmaker, caught up in different form of authoritarian regimes. AS