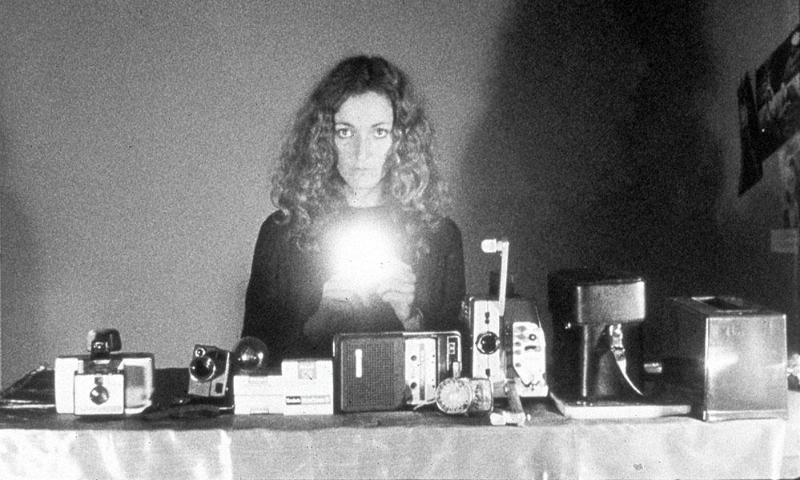 A member of the Zanzibar group, formed in 1968 around Sylvina Boissonas, Olivier Mosset, Philippe Garrel, and Serge Bard, Jackie Raynal (1940-) made her first film Deux Fois Twice during a nine-day trip to Barcelona in 1968. Having worked with Éric Rohmer and Jean-Daniel Pollet), this sophomore experimental documentary expresses an inescapable disenchantment in the aftermath to the cataclysmic events of May 68.

The film would go on to garner the Grand Prize of the Young Cinema Festival of Hyères (that focused on independent cinema founded in 1965), Twice was shot in a few days in velvetyblack and white by DoP Andre Weinfeld.  Sylvina Boissonnas financed the project, along with many of the the Zanzibar group’s activities.

In Deux Fois actressJackie Raynal takes on her new role as filmmaker to produce a “film almanac”, or a “notebook of wanted or organized haikus”, in the words of the historian of experimental cinema Dominique Noguez.

Essentially its lack of dialogue speaks volumes, although Raynal narrates the first sequence, focusing our gaze on the atmosphere and intensity of the protagonists’ feelings conveyed by body language. “Spectators are offered a series of actions reduced to their registration in the space of the shot and the duration of the projection, a set of time blocks, juxtaposed in a deceptive simplicity”.

Film critic Louis Skorecki called it “one of the strongest and most enigmatic films” ever made. It is while trying to interpret this enigma that we can also find, in the film, “a feminist manifesto and the unfinished diary of a love story”, to use Jackie Raynal’s words.