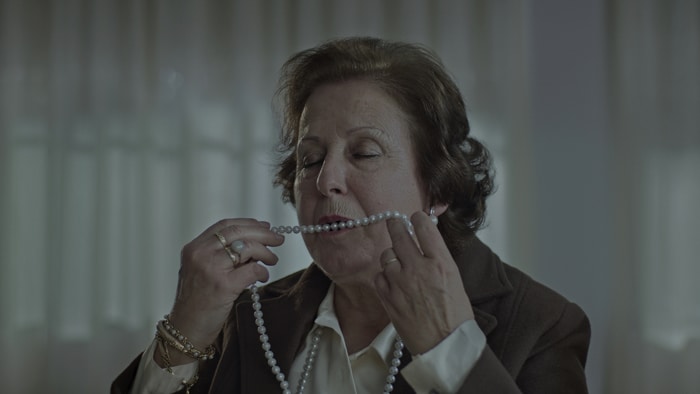 Life in Southern Spain hasn’t changed for God fearing and deeply suspicious rural communities locked away but dying to burst out from landlocked Extremadura, especially the womenfolk. Or at least that’s the impression we get from Ainhoa Rodriguez deliciously dark and delightfully observed feature that unfolds with a cast of non-pros on the widescreen and in intimate – often voyeuristic – closeup.

Serving as an ethnographic portrait of this remote community and an amusing story of country folk and their women’s sexual frustrations spiced up with magic realist touches. These country dwellers may be cut off from the rest of Spain but they are tightly knit and as thick as thieves supporting one another and sharing tales of farming exploits, folklore and strange happenings in the surrounding countryside – not to mention vicious social gossip. Like Dickens’ Mr Micawber they are constantly waiting for something to turn up, not just the Madonna at the local Semana Santa processions. 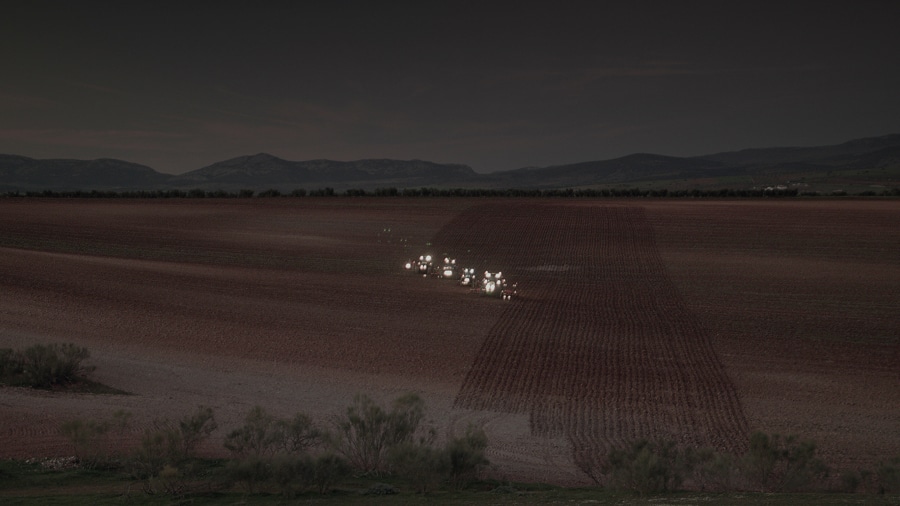 Isa records suggestive messages to herself that speak of strange events: “A mighty flash of light will appear above the village, which will change everything”, she hears herself say. “It is magnificent. We will all get a headache, we will lose our memories and we will disappear.” Cita is not satisfied with her existence and sets he hopes on something more, leaving her warm matrimonial bed she heads to the church to pray, all dolled up in a mini dress and blow-dry. This naturally sparks criticism and wagging tongues amongst the other women: “nothing will come of her” they chunter conspiratorially.

The men are content with their daily grind. The women are dissatisfied with in this deadbeat backwater. Nothing happens but actually everything happens. High hopes are met with unrealised dreams. But the tone is dry and upbeat, always positive, never bitter.

Loneliness has no place in the community, despite its lack of potential. Days are fraught with the social round. All done up in pearls and fur coats – not to mention high heels – ladies lunch together and talk of sexual desire and personal fulfilment – and their dissatisfaction with the menfolk in scenes enlivened by surrealist flourishes. María mourns her deceased husband, Paco. Sometimes, someone hears a sound that escapes everyone else. Can it be real or just a fantasy.? Female imagination catches fire while the men simply hunker down with their mates and animals – especially the little goat farmer who describes tricking a female goat into bringing up a kid from another litter.

Cleverly observed, pert and well-paced with its punchy electronic soundtrack and touches of magic realism deftly woven into the narrative, working hard – and successfully – to build a bond of trust with her cast Rodriquez’ first feature fizzes with intrigue behind its zipped up facade. A brilliantly observed portrait of modern Spain that could be from the dark ages. Ironic, inspired and in the delicate spirit of Victor Erice. MT