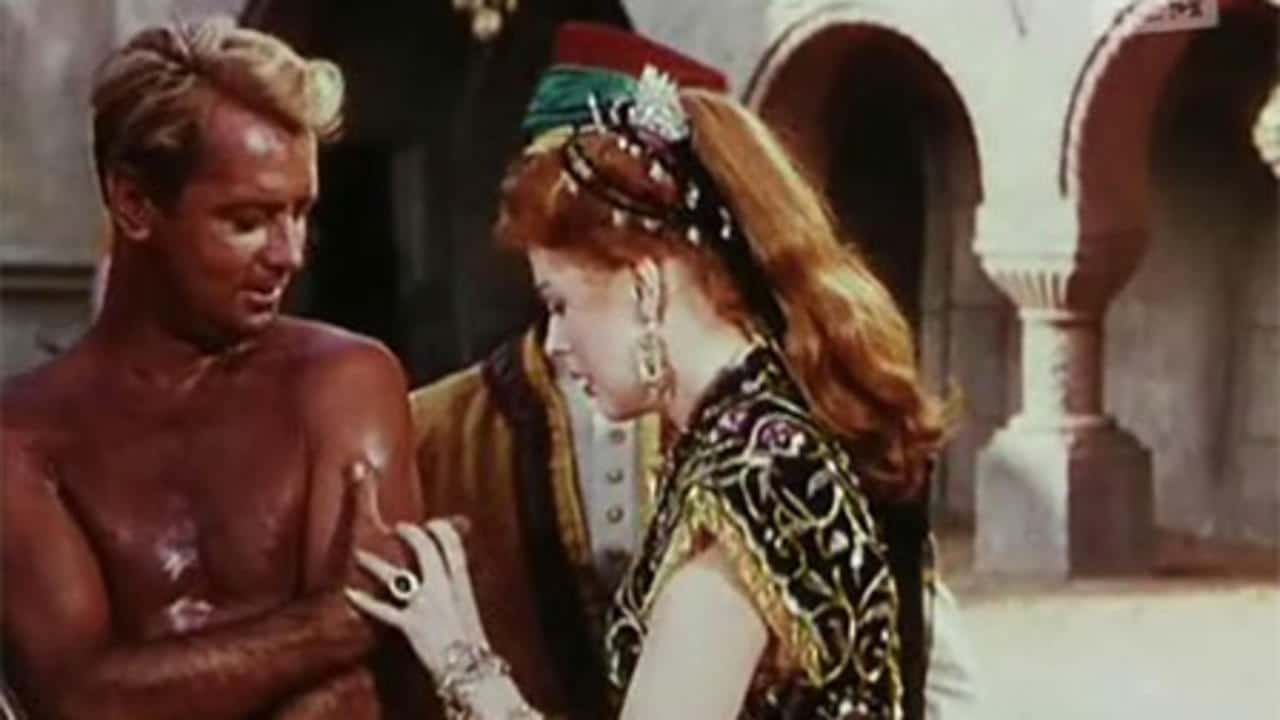 Hollywood must have absolutely throbbed with fascinating stories in its heyday, and a glance at the credits of even a Universal-International potboiler like this (actually directed with some flair by Joseph Pevney, who later worked on Star Trek) reveals it certainly lived up to both the ‘Universal’ and the ‘International’ parts of its banner in those days.

At a superficial glance this appears just another yarn about the foreign legion, based on a 1927 novel by Georges Arthur Surdez and adapted for the screen by Irving Wallace and Lewis Meltzer; but on closer inspection it turns out to have elements of Lost Horizon thrown into the mix, with ravishing redhead Arlene Dahl photographed in Technicolor in a succession of glitzy, diaphanous outfits by Bill Thomas by veteran cameraman John Seitz (whose CV included The Four Horsemen of the Apocalypse and Sunset Boulevard).

At fourth and fifth place in the cast list we find Akim Tamiroff without his rug but sporting enormous side-whiskers, who a dozen years later would turn up in Alphaville; and as Dahl’s father 77 year-old Oscar Beregi, twenty years after playing the role of asylum director Dr Baum in The Testament of Dr Mabuse! @RichardChatten