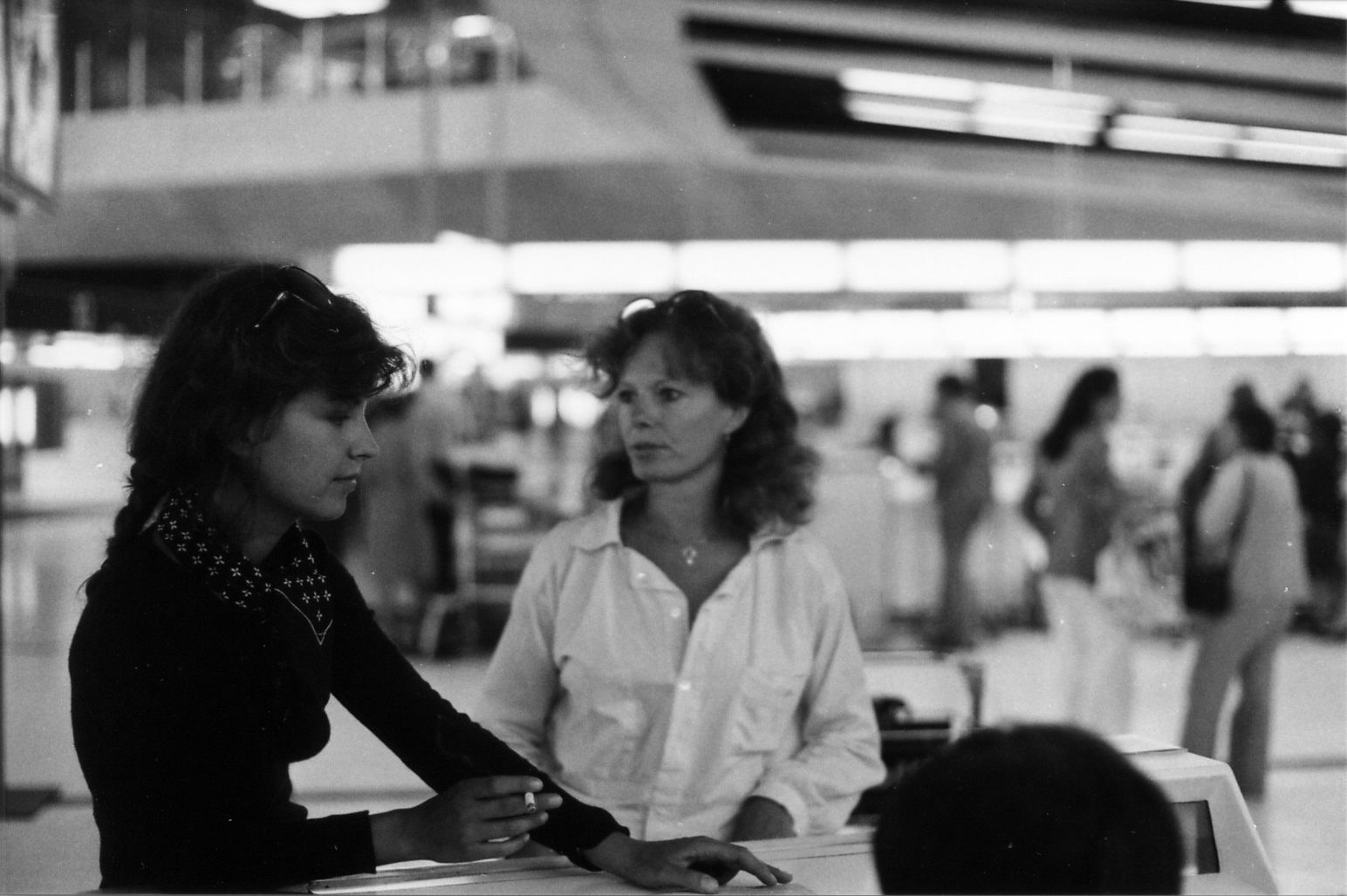 Director/co-writer Callisto McNulty throws new light on the remarkable career of French actress Delphine Seyrig (1932-1990), who together with filmmaker Carole Roussopoulos (1945-2009) was one of the most noteworthy feminists in France from the late Sixties onwards. With Iona Wieder they founded the video collective Les Insoumuses (neologism, in translation Disobedient Muses) in 1975.

Seyrig’s directional debut was Ines (1974), a short documentary calling for the release of Ines Romeu, a Brazilian activist, who was incarcerated in the infamous “House of Death” of the Military Junta. she survived after years of torture and rape. And went on to meet Seyrig in the mid 1970s, when they bought one of the first Sony Portapak video cameras in France – the first was purchased by Jean-Luc Godard.

The duo staged and filmed a protest at the grave of the Unknown Soldier, pointing to the repressed fate of the even more unknown soldier’s wife and celebrating her with a massive arrangement of flowers. Seyrig also signed the ‘343 Manifesto’, admitting to have had an abortion, which was illegal until 1975 in France. Her apartment was the setting for a short film about the technique of abortion. But her first film project with Roussopoulos was Maso et Miso go Boating (1975), an ironic innuendo for Rivette’s Celine et Julie go Boating, in which different generations of women talk about their sex lives.

One woman in her sixties actually accused the younger generation of being lazy: “When it was over, I jumped up and down, I never needed an abortion”. Seyrig was also a member of the MLF (Movement de Liberation de Femmes).

There are some illuminating TV clips from the mid-Seventies with the then Minister for Women, Françoise Giraud, former editor of Vogue and later co-founder of L’Express. Giraud supports a male journalist who states, “misogynists make the best lovers.” Later, Giraud sent a delegation to the filmmakers, urging them not to use her comments in the documentary. “Sois Belle et tais toi” (Be Pretty and shut up, 1981) followed, the two interviewing famous actresses like Jane Fonda who had been victims of “the male gaze”. Fonda reports“I did not recognise myself after my first make-up session in Hollywood – I was one from a long production line. They even asked me to have my jaw broken, so that I would have hollow cheeks. Oh yes, and a nose job too, because ‘my nose was too long, to be taken seriously in a tragedy”.

Maria Schneider makes reference to the friendships between male directors and actors on the set; whilst women often had nobody to engage with. Francois Truffaut confesses that “women end up scaring men”. There is also an amusing clip with a well-known chef seen declaring that there are no woman chefs or food critics, because women “are unsuitable” for these professions. In a short video, Seyrig and Roussopoulos filmed the protestations of sex workers who had to hide in a church to avoid being imprisoned by the police. The filmmakers were also part of the many groups who filmed the famous LIP strike, where women openly challenged the male Union for the first time.

In 1976 the two filmmakers produced “Scum’, the radical manifesto of early feminist Valerie Solanas from 1967. But the greatest achievement of Wieder, Seyrig and Roussopoulos was the foundation of The Centre Audiovsiuel de Simone de Beauvoir in 1982, an institution which has grown since to be one of the leading centres of Feminism worldwide.

Clips from many of Seyrig’s most famous features enliven this informative film that celebrates the founders of French Feminism. An excerpt from Chantal Akerman’s Jeanne Dielman, 23 Quai de Commerce, 1080 Bruxelles” is particularly relevant AS