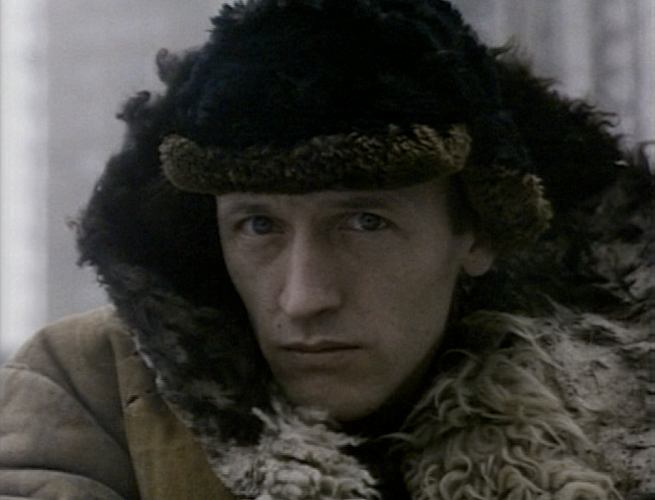 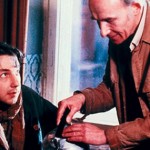 This ten-part TV series is often called “Kiešlowski’s Ten Commandments”, but nothing is further from the truth. In the first place, the director never believed “in the need for an arbitrator” like the Church, when it came to a credo. Secondly, Kiešlowski never thought that his films would change anything – never mind being taken as commandments: “At best some people will remember some parts of some of my films”. So the deeply pessimistic director was doubting everything human and, particularly, he had little faith in society in all its forms: after his nearly life-long attack on Stalinism, he was deeply disappointed with life in Poland under Capitalism. 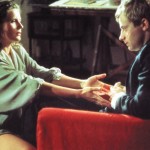 Whilst the ten parts are loosely connected by their references to the ten commandments, they primarily depict chaos and a lack of human commitment to anything but the individual. Kiešlowski’s co-author, the lawyer Krzysztof Piesiewicz, found the basis of the narratives in newspaper articles, declaring “that more and more I came to the conclusion that humans did not know any more why they lived”. Even then, it becomes clear that the media, TV or computers had become much more important than human relationships themselves.

Shot in a soulless, claustrophobic suburbs of Warsaw, the norm is Hell: indifference, loneliness and absurdity rule. The episodes are dominated by cowardice, violence, dishonesty and opportunism; nearly everybody seems to be a crook of some kind. Kiešlowski is just an observer, perhaps symbolised by a young man (Artur Barcis), who appears briefly in every episode, but never participates. Stanley Kubrick described the DEKALOG as the only masterpiece he could name in his lifetime. 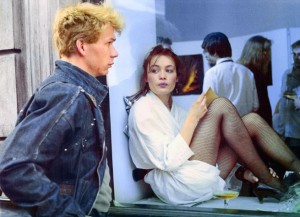 DEKALOG offers no solutions at all, no home-made philosophies or didactic assistance; despite its comparative ‘triviality’ as a TV production, it presents no moral or ethical help to make us feel better. Perhaps “moral tragedy” is the right term for DEKALOG, even though Kieslowski would not have liked to call anything moral. His non-judgemental narratives pose questions, with the audience having to find the answers. This approach is perhaps best symbolised by the woman, in one of the episodes, who is pregnant by another man but only wants to carry the baby to term if her husband dies.

Kiešlowski was the last “metaphysical’ filmmaker in Europe, he is critical of all forms of society because they have chosen to live without any commandments, religious or otherwise. AS