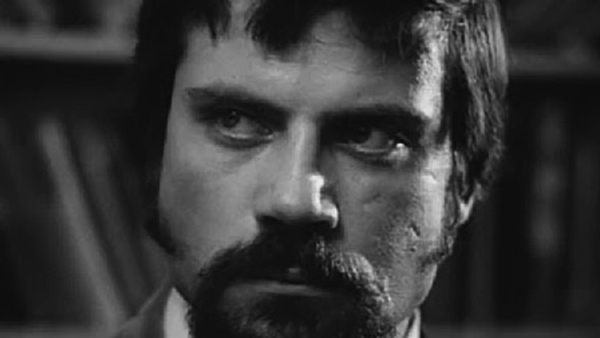 The longest of his outings for the BBC Monitor series, this is an ambitious and gently flamboyant biopic that certainly reflects the hazy impressionism and subversive imagination of its subject, the French composer Claude Debussy (1862-1918) who was around at the same time as Claude Monet, both trying to reject the creative formalism of what had gone before.

The Debussy Film oscillates between several strands in evoking the emotionally complex life of Debussy. Essentially a film within a film, there is a dramatisation of his relationships with his friends, lovers and collaborators played by an eclectic cast of Vladek Sheybal (as ‘the director’ and Debussy’s own Svengali who is juggling his own demons while trying to capture those of the composer).

Sheybal had risen to fame for his role in Dr No. and adds an exotic touch to proceedings, along with Vernon Dobtcheff. Oliver Reed, only 27 at the time, makes for a smoulderingly seductive Debussy, his roving eye constantly alighting on a succession of nubile females notable of whom is the small but perfectly formed Annette Robertson (an ex wife of John Hurt) and Penny Service.

Russell co-scripts with Melvyn Bragg and the often frothy mise en scene is shot in schmoozey black and white by Ken Westbury with a very 1960s feel to the fashions – Courrèges often springs to mind in the costume department, although this was clearly the mid 19th century. And despite Huw Weldon’s beady eye on proceedings, Russell manages to get away with some outré ideas while largely sticking to the facts embellished,  of course, by his vivid imagination. MT