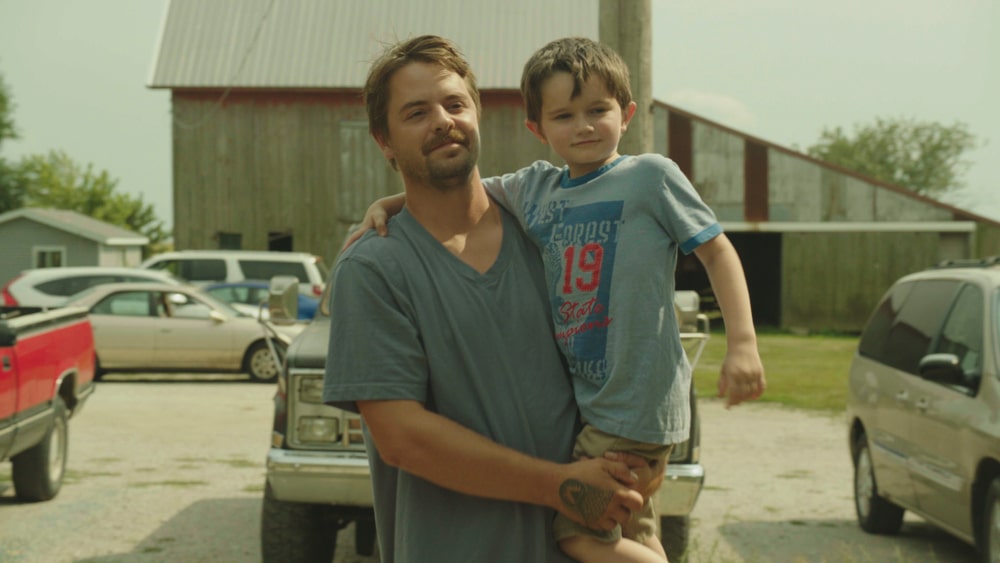 Homelessness has reached a critical level in these pandemic times where businesses have simply disappeared overnight leaving those previously gainfully employed on the scrap heap.

Danish born director/co-writer Johan Carlsen looks at the plight of Kurt a casual worker in rural northern Illinois. Death of the Streets shows how Kurt simply falls out of a society that doesn’t need him any more. Playing out like a research project the film is done with great dignity and understatement.

Kurt (Mulligan) is a tractor driver helping with the maize harvest. He loses his job at the end of the season in a “don’t ring us, we’ll ring you” fashion. There is an offer of a loan. But Kurt is perplexed, he never bargained for this to happen. His caring wife, Sarah (Folger) looks after the couple’s two boys, but Kurt is deeply affected by his new unemployed status and changing dynamic in his role as former head of the family. Old wounds also open with his father-in-law (Abel) who has never respected him, believing that his attractive and intelligent daughter deserved better.

The family has a whip round but Kurt rejects their offer of help. His mother (Hernandez) turns to God asking Kurt to join her in church. But Kurt is adamant. He refuses to take any “hand-outs”. A job interview comes up in the insurance business. But Kurt is clearly not a salesman and has difficultly presenting himself well at interview.

Shamed by his loss of face, Kurt packs his bags and makes his way to Atlanta City where he sleeps under the piers, his mental health gradually going down hill as a chasm opens up between him and his family. Somehow Kurt seems pre-destined to end up a drifter. Like a puppy-dog, he’s willing and keen but unable to understand the basic structures of society, raising questions about his own childhood upbringing. Even at the end of the film his face looks totally unmarked – as if nothing has happened.

DoPs Eric Ferranti and Jide Tom Akileminu creates a great sense of place in the hostile environment seen from Kurt’s POV as he drifts into nothingness, echoed in a bleached out aesthetic eventually morphing into black and white. Death on the Streets is not a political movie, more an intense study chronicling a soul who falls through the cracks of a society he struggled to join. AS