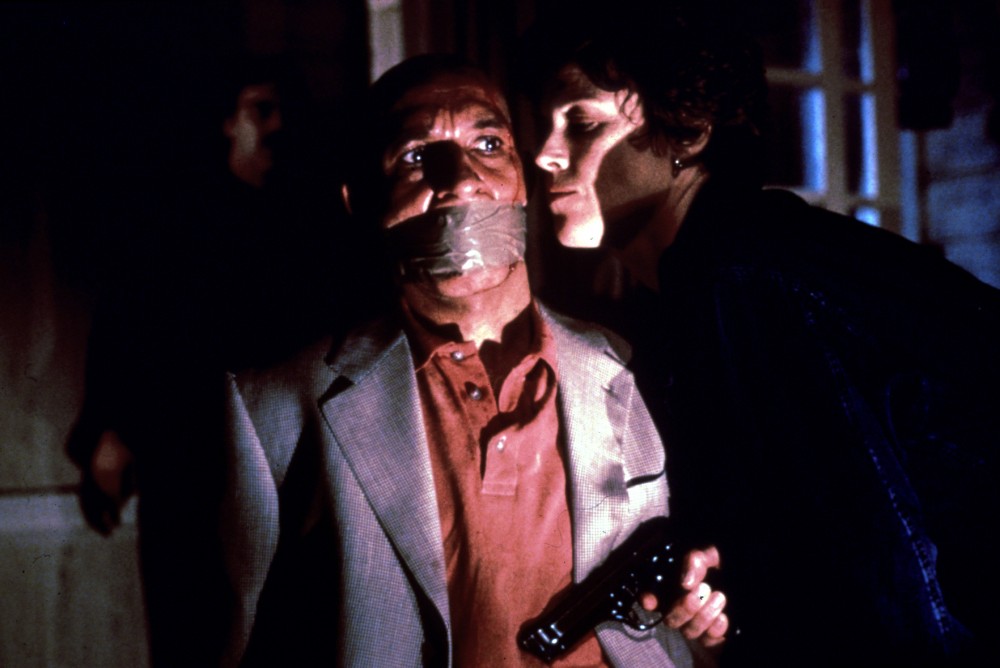 Inbetween Bitter Moon, The Ninth Gate and The Pianist, the BFI Southbank Polanski retrospective continues apace with his interpretation of Ariel Dorfman’s 1991 play Death and the Maiden. A thinly veiled Chile is the setting for this three-hander, set on an unspecified windswept coast in South America during a storm.

Weaver plays Paulina, a much-haunted survivor of regime torture and rape, now living with her long-suffering lawyer husband and the scars of her trauma. One night her spouse is given a lift home by a man whose voice she knows she recognises.

Actors often love stageplay adaptations, as it can offer up an opportunity to do what actors love; to act. Often they can come across as not much more than a filmed play, but sometimes they can really work, like The Philadelphia Story, or Ides Of March. Death and the Maiden took quite a bit of work to translate it from a word heavy play to a screenplay, but the adaptation works well enough.

The cast started with Sigourney Weaver, with the other two roles cast around her and her availability. Ben Kingsley gives one of his less lazy performances and there’s a rare opportunity for a relative unknown, Stuart Wilson, another British actor who went to LA and did good, more recognised for his appearances in The Mask of Zorro and Lethal Weapon 3.

The play was far more successful than the film version; the film was nominated for some very minor awards and won a Third Place gong for Weaver at Dallas Fort Worth Film Critics Association. The acting, although competent in the main, sometimes strays into feeling less than genuine. As a play, it needs to be heightened, but this can jar on film if not carefully managed.

It’s by no means an exceptional film. I recall seeing it when it first came out and there was no small amount of anticipation for it in the media, but this quickly evaporated, the film failing to retrieve its production budget and by some way. Its logical progression is perfectly cogent, everything makes sense, but the ending lacks the punch that you might expect it would pack with such an illustrious pedigree behind it and my mind wandered constantly throughout, as they went through the motions.

Perhaps it’s that one is constantly aware that everyone is ‘acting’ so hard. Some of the dialogue rang untrue and I also didn’t for one moment consider Weaver, Anglo-Gujarat Kingsley, nor Wilson to be native to South America. There are no standout moments or indeed, performances, which makes me realise why I remembered so little about it from the first time I saw it.

Interesting to revisit then, if only for the nineteen intervening years, but not one I would go out of my way to see again. The print needs a damn’ good clean too. AT 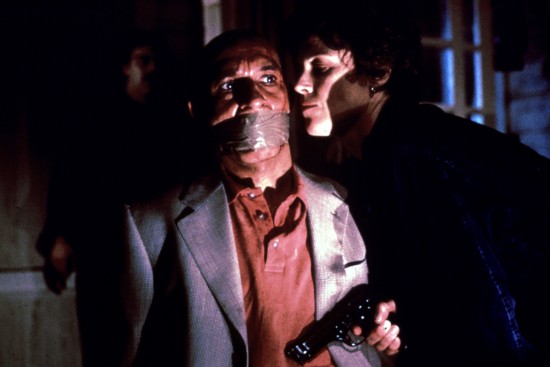