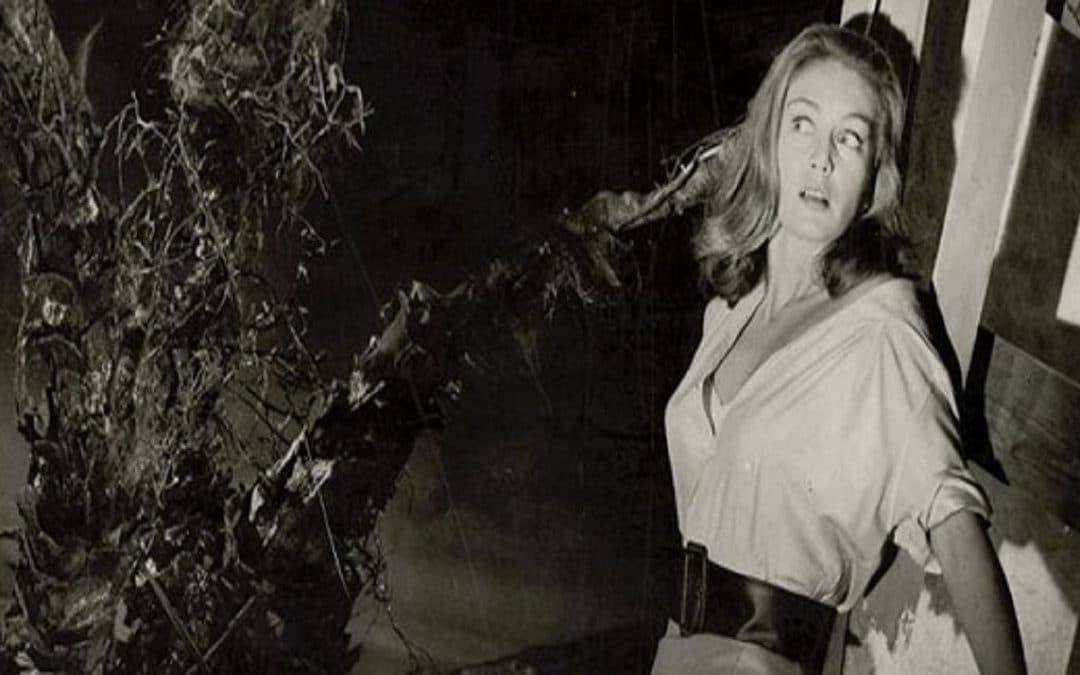 Nobody ever points out that John Wyndham’s classic 1951 novel actually contains two apocalyptic catastrophes for the price of one; either of which would have provided ample material for an entire book in its own right. The whole population suddenly going blind would have been hard enough to deal with even without the survivors also having to fend off giant carnivorous plants going on the rampage! (As the night watchman at Kew Gardens devoured by one of the exhibits, Ian Wilson without his usual glasses ironically has one of his largest roles ever, with plenty of close-ups, but no dialogue).

Described by Raymond Durgnat as “hideously botched, but interesting”, this, the sole big-screen version yet attempted of Wyndham’s book, had a troubled production, plainly lacked the budget for adequate special effects and has a very abrupt tacked-on resolution. (The original itself lacks any sort of tidy conclusion.) Inevitably it pales by comparison with either of the two films derived from The Midwich Cuckoos (1957) or the TV versions since made. But it treats the original with respect and generally captures it’s mood. Were it’s source not so renowned, it would probably be considered more sympathetically on it’s own terms.

The film suffers from the same problem as the original novel that once the wonderful central situation has been set up it bogs down somewhat and runs out of plot: hence the addition of the scenes in the lighthouse. And it has the affliction of most modern creature features that the triffids themselves are deprived of their original elegance by making them just too slaveringly revolting compared to those in the book; although the noise they make is cool.

But the scene where the word ‘blind’ causes sheer feral panic to sweep like wildfire through a plane in flight is alone powerful enough to justify the film’s existence. Richard Chatten