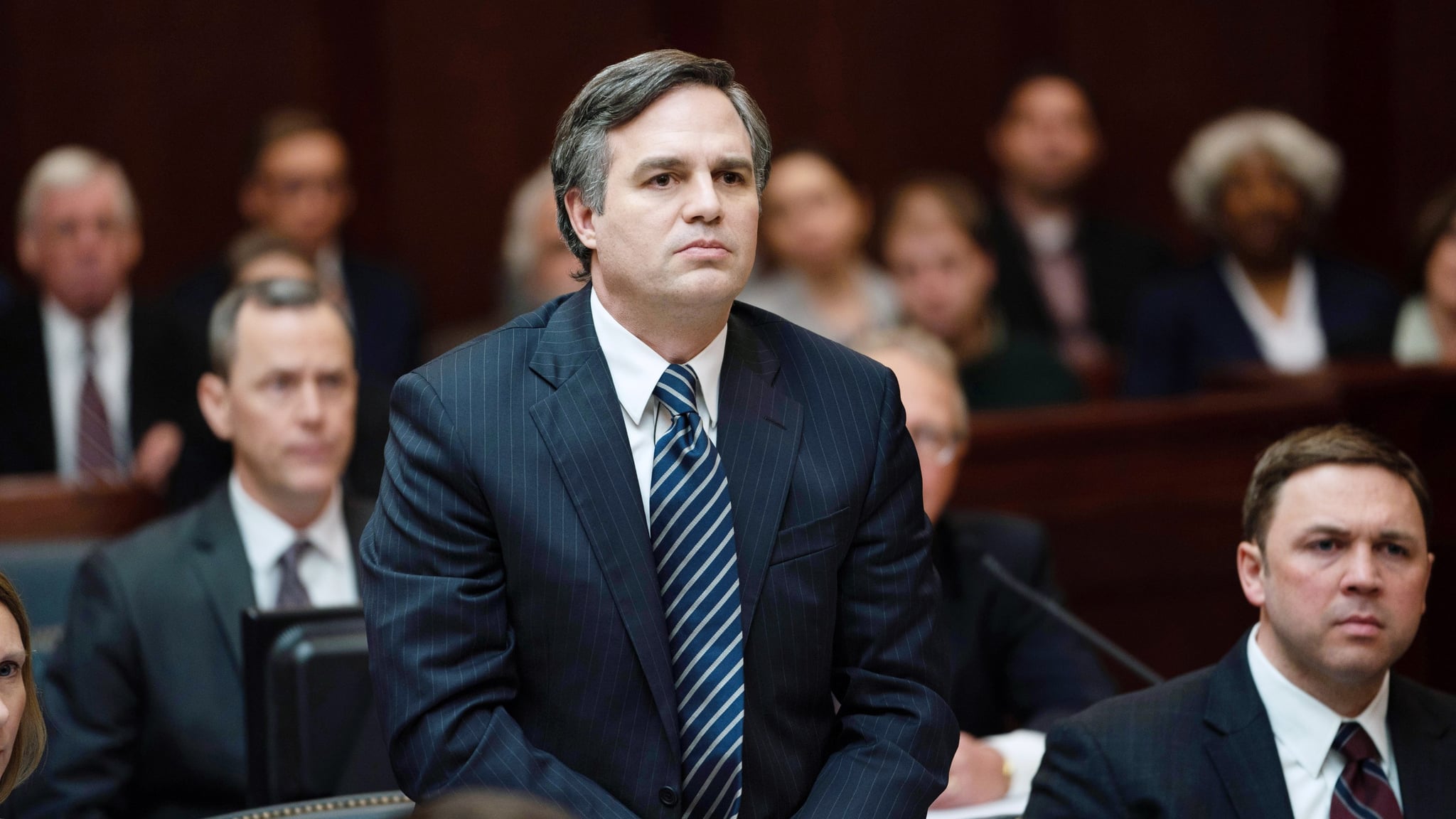 After some rather elegant arthouse dramas such as Carol Haynes returns to more conventional territory with this sober legal inquiry that echoes Safe (1997) in gradually unearthing the facts behind the DuPont water poisoning travesty that came to light as a result of a 1990s New York Times magazine article “The Lawyer who became DuPont’s Worst Nightmare”. It reveals how the conglomerate had been contaminating water in the area around West Virginia with the carcinogenic substance PFOA. Cattle in a local farm were dying and the chemical – used in Teflon – had entered the bloodstreams of people living nearby with disastrous affects.

Ruffalo plays the scandal’s original hero Robert Bilott who slowly but surely builds a case against DuPont, much to the initial consternation of his boss (Tim Robbins) and colleagues at a Cincinnati law firm who realise they could be losing more than they stand to gain against the corporate giant.
In all starts in 1998 when a local farmer Wilbur Tennant (a sad-faced Bill Camp) approaches Bilott impressing him with his conviction that DuPont are dumping chemical waste near his farm in Bilott’s home town in West Virginia. Cows are literally dropping dead and some of the locals have blackened gums, flagging up water as the likely contaminant. Bilott remembers a photograph of girl with this problem, and is the kicker for him to proceed. It takes legal tenacity and perseverance to pursue the case and Bilott has this in spades, along with a quietly spoken, lowkey charm that makes him a likeable character guided by moral integrity and supported in his endeavour by his clever professional wife (Hathaway, in equally subdued mode).
Fraught with unsettling undertones and creeping paranoia, Ohio looks sombre in Ed Lachmann’s blue-tinged visual makeover, and West Virginia even more so. But Dark Waters is not all bleak: Robbins get some caustic dialogue in a case that is complex and a film that is plodding but satisfyingly persuasive. MT
RELEASE ON 6 JULY ON HOME ENTERTAINMENT
Copyright © 2022 Filmuforia