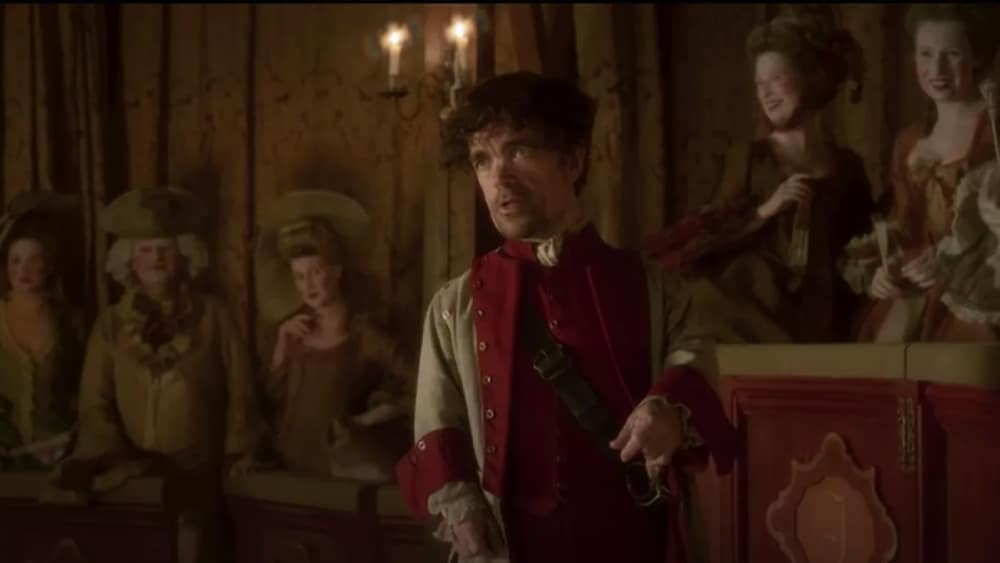 Joe Wright gives Cyrano De Bergerac a musical makeover with this soft-centred lyrical approach to the time-honoured French classic, transposing the action to early 18th century Italy and dressing the love story up in macaroon pastels and tender gazes as delicate as the Capodimonte porcelain of the region that clearly inspired Sarah Greenwood’s production designs.

Peter Dinklage plays the sweet-natured romantic soldier unlucky in love due to his unfeasibly large nose and lack of stature, but whose way with words woes Haley Bennett’s wistful but unwitting maiden Roxanne (Bennett) through poetic billets doux penned on behalf of the real object of her affections, Christian (Harrison) a recruit in the service of her caustic suitor Duke De Guiche (an ebullient Ben Mendelsohn).

The everlasting appeal of the story lies in the cherished belief that inner beauty and noble intentions can override physical imperfections in our quest for love. And Wright certainly moves us with this woozy concoction and its touching performances particularly from Dinklage in the leading role as a captivating Cyrano crooning original tunes from Aaron & Bryce Dessner.

There have been several adaptations of the 19th century novel, the most famous, from 1990, stars Gerard Depardieu as the disillusioned dreamer, and this one is based on Erica Schmidt’s 2018 stage show, which also starred Dinklage in the title role. A little bit lightweight but intoxicating nevertheless. MT