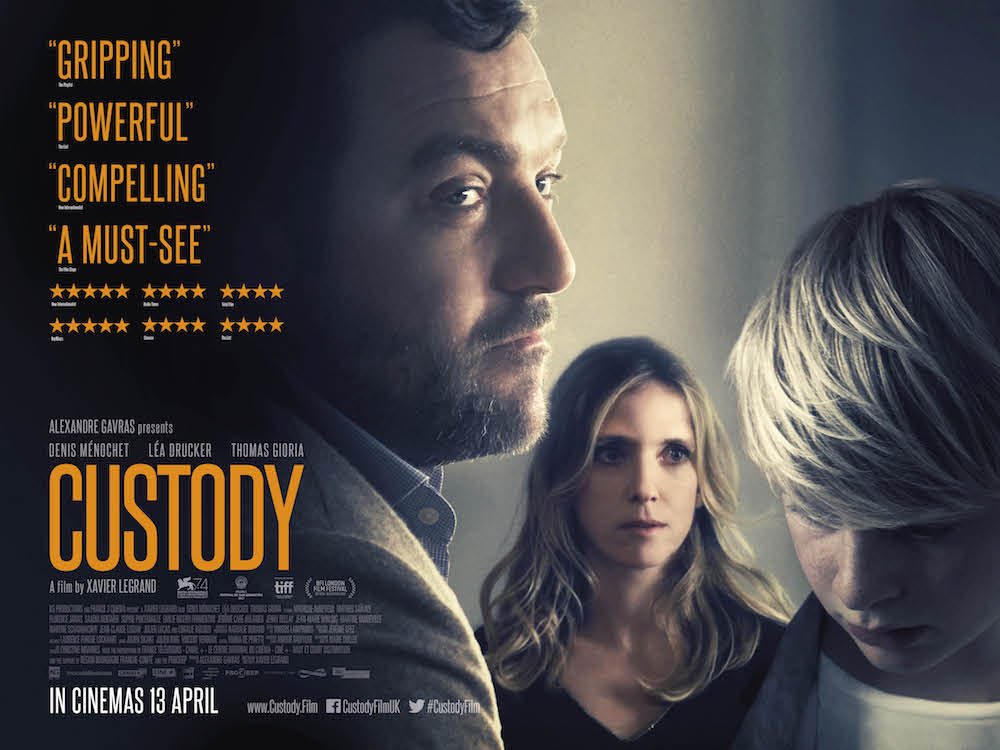 A broken marriage leads to a bitter custody battle in this intense family drama than won the coveted Best Director award at Venice for Xavier Legrand.

There have been some superb movies made about custody battles. This riveting drama from French actor-director Xavier Legrand is certainly among the best, braced by the filmmaker’s unerring authority and sense of what to do next, scene after scene, as the family at its centre splinters into chaos.

As Custody opens, Miriam and Antoine Besson have just divorced. Their young son, Julien, sits in family court reading out a letter denouncing his father. His sister, Josephine, having recently reached the age of majority, is not part of the dispute. Antoine is described as a violent monster, yet in court appears to be a model of calm reserve. Despite Miriam’s appeals for sole custody — also Julien’s preference — the judge gives the parents shared custody. And Antoine is not a two-dimensional beast. He tries to re-establish a relationship with a son who feels paralyzed by the competing emotional demands of his father and his mother, who will stop at nothing to remove both Julien and herself from her ex-husband’s life.

Custody is harrowing and complex, a domestic nightmare that unfolds to reveal an inventory of abuses both overt and subtle. Denis Ménochet and Léa Drucker are finely attuned to these demands as Antoine and Miriam, while Thomas Gioria inhabits the haunted Julien with heartwrenching naturalism. Legrand dissects the Bessons’ family dynamic coolly, with impressive restraint and intuition, yet still evokes profound sympathy for his protagonists. The result is mesmerizing.

Xavier Legrand is a French actor, writer, and director who received his training at the National Conservatory of Paris. His short film Just Before Losing Everything (13) was nominated for the Academy Award for Best Live Action Short. Custody (17) is his debut feature film.