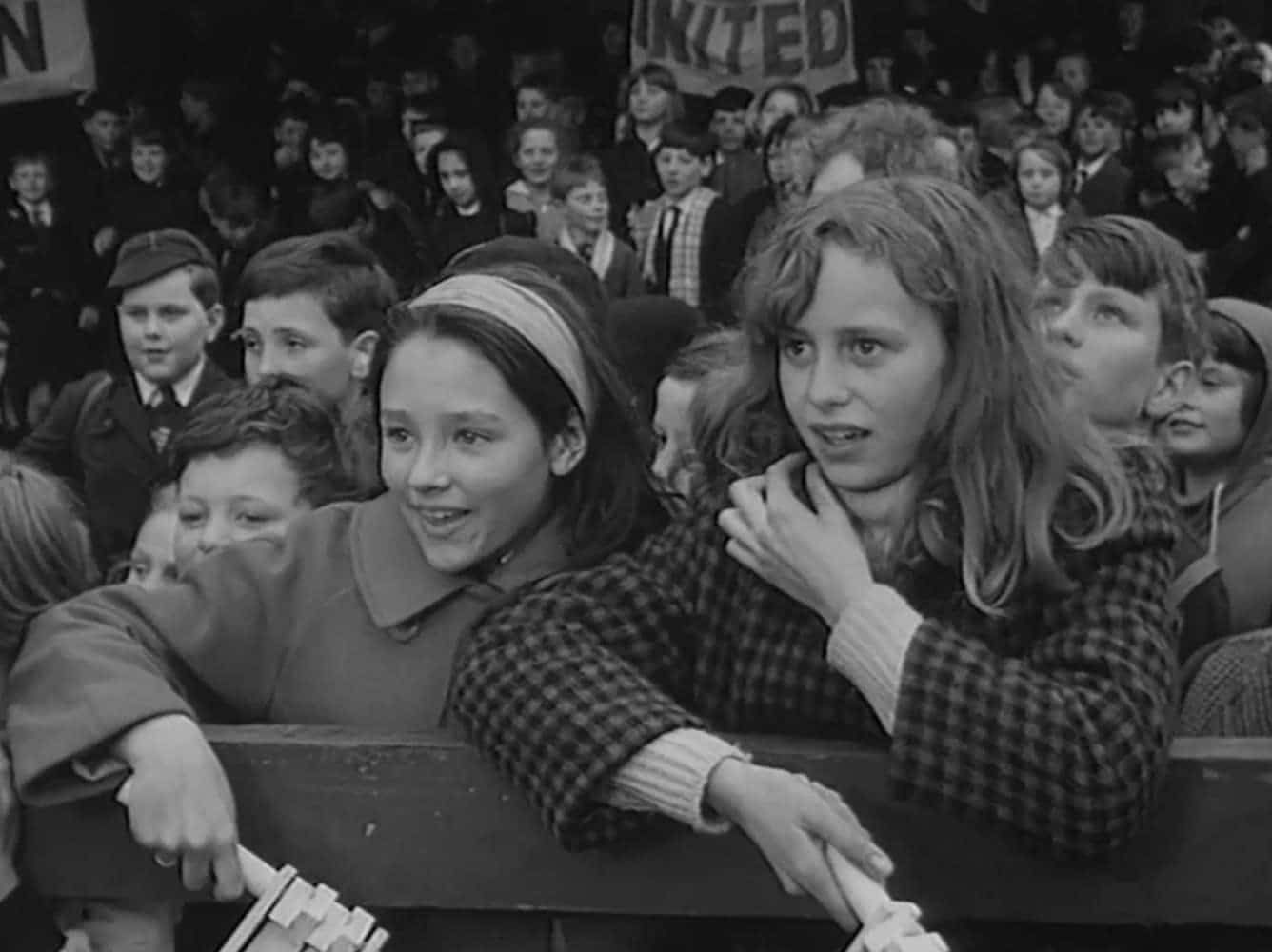 Five years before Sam Peckinpah brought ultra-violence to Cornwall in ‘Straw Dogs’, cameraman John Coquillon and female lead Susan George had already taken to the mean streets of a wintry-looking Manchester to make this historically fascinating time capsule in which Matt Busby is charmingly stiff playing himself and one catches fleeting glimpses of the young and fresh-faced likes of Bobby Charlton, George Best, Denis Law and Nobby Stiles practising on the turf at Old Trafford.

1965 was far too early for the girls to be playing football themselves (their contribution being confined to making the strips and cheering the boys on), but the fact that they’re bothered about football in the first place was at that time in itself unusual. (Ironically the kids in this film initially pursue their passion for football in the face of constant hostility and obstruction from grown-ups whereas I grew up in a house were football took precedence over old movies and I subsequently spent decades catching up with cinema classics I missed in the seventies because they were scheduled opposite ‘Match of the Day’). Richard Chatten