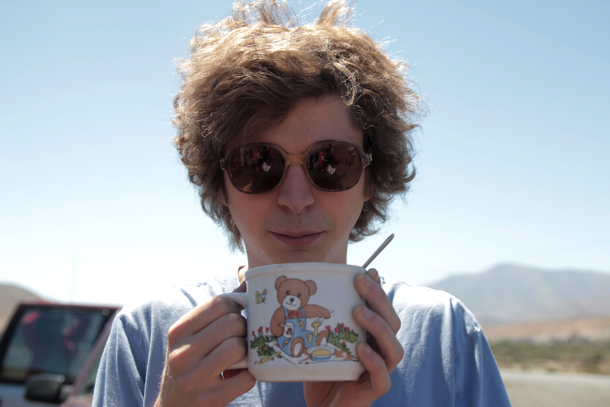 You can’t be blamed for feeling distinctly apprehensive towards a film called Crystal Fairy, which stars US indie-chic sensation Michael Cera. It’s only natural to anticipate a forcefully quirky production, and one that has a contrived whimsicality running right through the middle of it. However any such trepidation is extinguished almost instantaneously, as Chilean filmmaker Sebastián Silva’s first English language film handles dialogue in a more naturalistic, compelling way than many of those in their native tongue would manage.

Cera plays Jamie, a narrow-minded, inherently naïve tourist, travelling in Chile, and staying at Champa’s (Juan Andrés Silva) apartment, a receptive and equable twenty-something. The pair – along with the latter’s brothers Pilo (Agustín Silva) and Lel (José Miguel Silva) – decide to take a trip to the coast, on a quest to get their hands on a fabled hallucinogenic derived from cooking a rare cactus plant. However, whilst high on cocaine at a party the evening before the trip, Jamie invites the eccentric, offbeat bohemian Crystal Fairy (Gaby Hoffmann) along for the ride – an invitation he certainly lives to regret, as the adventure takes something of a wild turn when she arrives the following morning.

Silva has created a world that seems entirely naturalistic, and yet he offers an almost heightened take on reality. Life seems exaggerated and overstated for comic purposes, yet nothing is actually too far out of the ordinary, as he plays on the quirks and spontaneity of everyday life. Crystal epitomises this notion, appearing as a caricature of the archetypal hippie, cliched and comedic – and yet there are people like this, they genuinely exist. In fact, they’re probably backpacking their way across Chile right now as we speak. In spite of the humorous elements to this film, some scenes are uncomfortable, as an awkward social dynamic is explored, particularly so when Jamie responds with vitriol towards Crystal to make a point that he’s not happy that she took him up on his invitation. 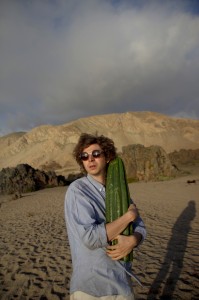 Cera turns in one of his most mature performances to date, but he is blessed with a well fleshed out character, portraying somebody we all have the displeasure of knowing in real life. Though certainly flawed, Cera uses the vulnerability and naivety for which he has become so renowned to ensure we stay on his side. He has a physical fragility as well, and an awkward demeanour that puts him on the back foot somewhat, reminiscent of Woody Allen, and in many regards it enhances the immaturity of the character at hand. Meanwhile the three Chilean brothers – who are genuine siblings off camera – are our entries into this somewhat absurd world. Usually you’d take the perspective of the tourist in this situation, peering into a society and culture somewhat unknown, and yet we relate more to the pragmatic, placid nature of the brothers, causing us to feel rather embarrassed for the Americans and their cliched, almost patronising take towards this foreign land.

Silva portrays his homeland with a beautiful serenity, creating a picturesque film that truly takes you to the heart of the environment. However, despite all of the positives that exist, the unfulfilling finale does leave a sour taste in the mouth, with a ‘revelation’ that seems out of place, taking you away from the story at the very point you’re most engaged. Nonetheless, expectations have been suitably raised as we approach Silva’s next project, which also happens to be set in Chile and also features Michael Cera in a leading role. An idea that now seems somewhat more inviting. Stefan Pape.

CRYSTAL FAIRY IS ON GENERAL RELEASE FROM 17 JANUARY 2014