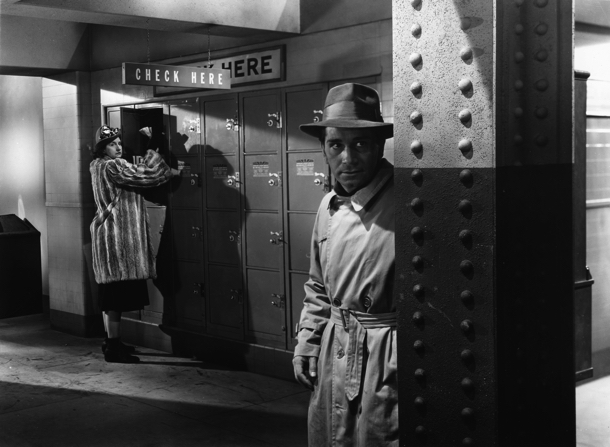 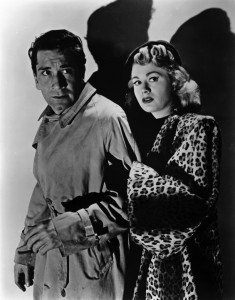 Robert Siodmak made this noir thriller between THE KILLERS and CRISS CROSS, and although CRY OF THE CITY is not as spectacular, as a study of crime in the city – with the Little Italy being the real star – in all its brutality, photographed in grainy black and white by Lloyd Ahern, this is ultimately a superior film. It does not go for identification with the main protagonist as in THE KILLERS nor does it have the spectacular ending of CRISS CROSS. It is a noir in the true sense of the word, with no borders between police and criminals.

Martin Rome (Conte), a hardened criminal, is in hospital after a shoot-out. The police, led by Lt. Candella (Mature), wrongly suspect him of a jewellery heist where a woman was killed. Rome escapes, fearing rightly that Candella will frame him and his fiancée Teena (Paget) for the robbery. Candella and Rome grew up in the same neighbourhood and Siodmak shows that they are not very different. Rome is helped by his teenage brother Tony (Cook) and an old girlfriend Brenda (Winters in fine form). In spite of being chased by Candella, Rome finds the real mastermind of the jewellery heist, a murderous masseuse (a grotesque portrait by Hope Emerson). When Candella appears on the scene, he is wounded in a shoot-out. But, like Rome at the beginning, he leaves the hospital to hunt his prey, leaving Martin at the mercy of his brother.

The city is permanently present: its sounds, always important in Siodmak’s noir-films, accompany the action and showcase the vibrancy of New York’s Little Italy in the late forties. The clear images of the interaction are always framed by shadows of the environment. Doors in the background and side windows allow the replication of images: pictures of pictures. The cars and the huge crowds engulf the protagonists, very much like “Menschen am Sonntag”. A dominating city is shown in glamorous panorama shots. The narrative is not limited by an inner or outer world: violence is everywhere, and police violence is no exception. This is a cruel and callous environment, everything is played out with murderous hatred in front of witnesses. Italian emigrants in Martin Rome’s family home strive to replicate the emotional closeness and warmth of their homeland but there’s a bitter edge to their hospitality. Nothing escapes the beady eye of the voyeuristic camera, witnessing the action: even an emergency operation in car in the middle of the rush hour is witnessed, portraying a world of murkiness – with nowhere to hide adding texture to the narrative and placing it firmly in the historic context of post war New York. The psychology of ordinary life is subverted by the violence. The real, ordinary world has changed though, it loses its significance, not only for the protagonists, but also for the audience, who had submitted to the same violence of a society in crisis: the depression was not forgotten, and the Second World War had just ended. CRY OF THE CITY is dark and the camera penetrates this darkness – but what it shows is just a human twilight world – bordering on the psychotic. AS