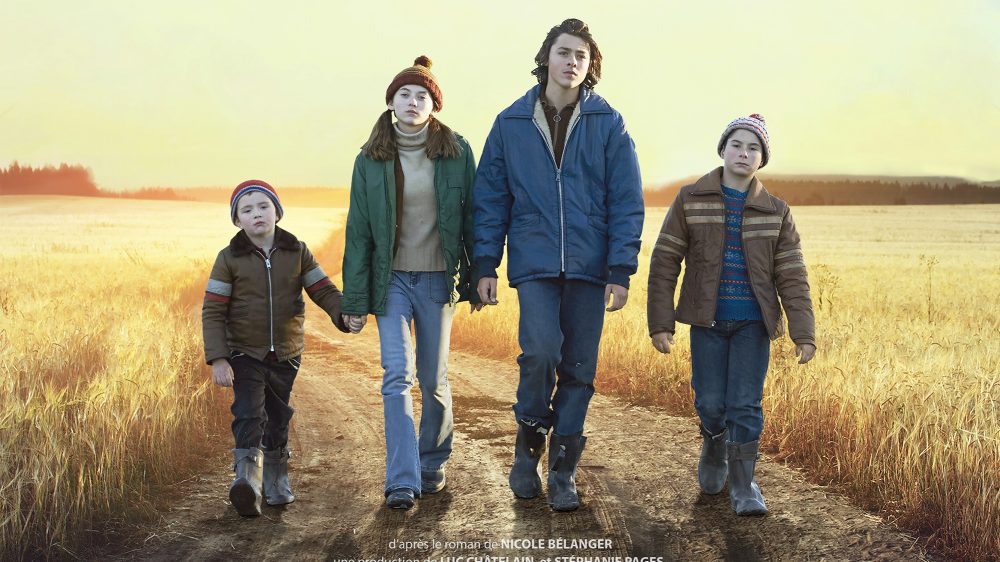 Director Luc Picard (Esimesac) and  Nicole Belanger adapt her book into a moving feature about children caught up in the world of adults and their often heartless pragmatism.

At the height of the ‘October Crisis’ in Canada, when separatists of the FLQ (Quebec Liberation Front) kidnapped and killed the Deputy Prime Minister Pierre Laporte on October 17th 1970, four children from Montreal took a leaf out of the book of adult politics and staged their own kidnapping. Teenager Manon (Corveil-Gauvreau) overhears her mother talking to a social worker about her plans to separate her kids to the care of foster parents: their father is dying of cancer, and the mother is near a nervous breakdown. During the father’s illness, Manon and Mimi often stayed at their aunt’s house with their two cousins. Martin has a crush on Manon,  a good Catholic girl. She first asks Jesus for help, but after nothing happens, loses her faith. Martin, on the other hand, promises to help. Inspired by the actions of his student brother Paul, he suggests a kidnapping might put paid to the break up of Manon’s family. The two teenagers abduct a wheelchair-bound neighbour (Coulter) and escape into a cabin in the north of the country, taking the enthusiastic Mimi and Denis with them. But they leave the ransom note – a near exact copy of the actual kidnapping demand, signed Family Cell instead of Chernier Cell. Later, in the cold cabin, the five bond after a shaky beginning: the old lady is a good grandmother to the little boys in spite of her lack of French, and the teenagers make it to the first kiss, before the police intervene. Manon is put into a home for juvenile delinquents – but her quest to free her brother is only a step away from becoming reality.

Picard describes the different worlds of adults and children with much imagination: they just want to be adults before their time. Their naivety and lack of judgement leads them to behave it a way that may work in the world of kids, but not in a world corrupted by adult scheming. The biggest difference between these two universes is adult adjustment – which children like Manon and Mimi – see as treachery. All four young actors are brilliant, and DoP Francois Dutil’s images are the stunnung stuff of fairy tales. The world of the adults is suitably grey and brown; the kids’ kingdom full of vibrant brillliance. This is a film for children and adults who still see themselves as kids, at heart. And who haven’t forgotten the power of make believe and magic. AS