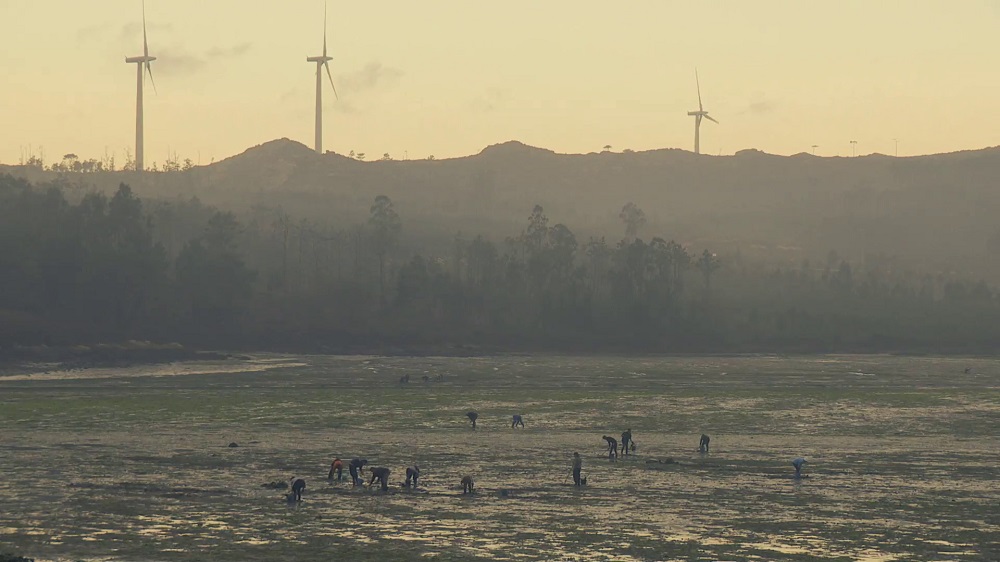 Recipient of the Best Emerging Director Award at last year’s Locarno Film Festival, Galician filmmaker Lois Patiño makes his feature-length debut with the alluring and impressive COSTA DA MORTE, a documentary that can’t seem to screen anywhere on the international festival circuit without winning a prize. Following wins and special mentions in places as far apart as Buenos Aires, Palm Springs, Unam, Validivia and Galicia itself, the film screened out-of-competition at the 11th edition of IndieLisboa last week.

COSTA DA MORTE is an essayistic documentary about the eponymous coastline in the remote, semi-autonomous region of Galicia in northwest Spain. The region takes its name (‘Coast of Death’) from its notorious history of shipwrecks – and indeed early images here capture the sea in all its beautiful and formidable might. The Romans took such shores to be the end of the world.

Shooting from a physical distance but zooming in so that these landscapes are optically flattened, Patiño shows himself to be an expert, intelligent image-maker: just as history itself resists easy imagistic rendering, so Patiño’s cinematography challenges notions of a harmonious, postcard-friendly sense of place.

Before anything else, then, COSTA DA MORTE is an illuminatingly imagistic introduction to the Galician coast. With a varied succession of vivid scenes, Patiño offers one haunting shot after another, from a foggy forest whose trees are being felled to the giant waves of the sea crashing down upon a group of adventure-seekers; from the deafening explosions in a local quarry to the scorching heat of a bonfire flickering into the night. In one sequence, Patiño pays possible homage to James Benning’s structuralist masterpiece CASTING A GLANCE (2007), when he captures the dramatic fluctuation of a body of water’s tide.

Like the earlier film (though it’s ultimately very different), COSTA DA MORTE is all the more digestible for being so minimal, understated and contemplative (Patiño co-edits with Pablo Gil Rituerto). Illustrating such imagery are the locals themselves, on whose amusing conversations Patiño eavesdrops as if in possession of some Harry Caul-style, long-distance microphone (in reality, the dialogues were semi-scripted and recorded separately). Such exchanges touch upon the region’s folkloric myths and working traditions, both of which have helped shape daily life there.

The film is only the latest (and arguably the strongest) addition to a growing number of works comprising a new Galician cinema; others include Oliver Laxe’s YOU ARE ALL CAPTAINS (2010), Xurxo Churro’s VIKINGLAND (2011), Eloy Encisco’s ARRAIANOS (2012) and THE FIFTH GOSPEL OF KASPAR HAUSER (2013). If notions of national cinema are still relevant to film criticism and/or scholarship, then take note: these are a distinct but by no means homogenous group of films at the forefront of Spanish Cinema—which is arguably ahead of all other national cinemas at present.

And on this evidence, Galicia has a wunderkind with truly international potential. Patiño has a natural sensitivity for not only striking and seductive cinematography, but also unassumingly politicised cinematography, and COSTA DA MORTE confirms his graduation from strong, image-driven short films such as his DURATION series (2012) and the beguiling prize-winner MOUNTAIN IN SHADOW (2012). Michael Pattison