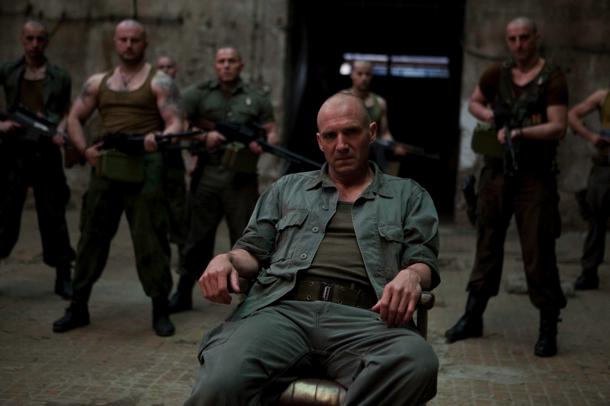 Ralph Fiennes brings this bloody epic bang up to date with a hard-hitting bodyblow of a film. Universal themes of political uncertainty, social upheaval and war were never so relevant as they are today. Fiennes tackles them with skill and assurance in his directorial debut of this overlooked Shakespeare play, skilfully adapted for screen by John Logan. Brian Cox plays a world-weary Menenius,  a belligerent Fiennes swaggers about in combat gear as Coriolanus. His passive wife is the tepid and ubiquitous Jessica Chastain.  But we’re never in any doubt as to who actually wears the trousers: Vanessa Redgrave as his powerfully commanding mother, Volumnia. Meredith Taylor ©

SCREENING AS PART OF THE SHAKESPEARE SEASON | BFI | APRIL-MAY 2016