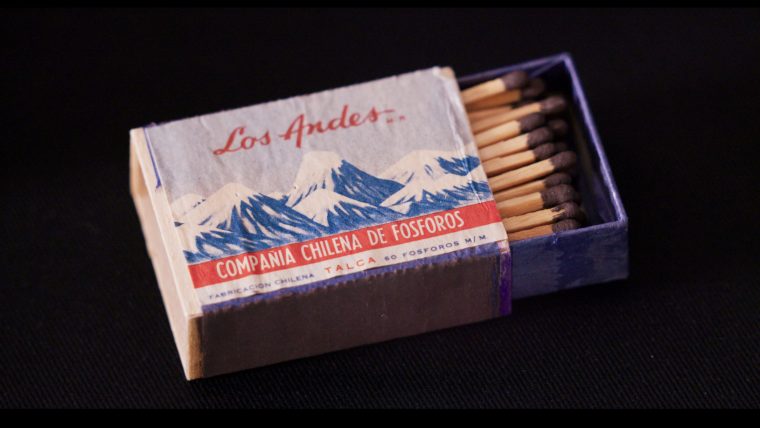 Patricio Guzman completes the trilogy on his native Chile with this follow-up to The Pearl Button (2015) and Nostalgia for the Light ((2010).

Since moving to Paris over 40 years ago, well-known documentarian Patricio Guzman admits to feeling an outsider on returning to the country of his birth. This latest Cordillera de los Suenos is probably the most politically engaged of the trio with echoes of his seminal work The Battle of Chile (1975-79), but also possibly the least engaging. The mournful reminiscence touches on the relationship between Chile’s history and the natural world but the lively interviews with sculptors and artists whose work focuses on the Andes, soon give way to video footage of the brutal Pinochet years recorded by the prolific photographer Pablo Sala who first began his work in the 1980s and has been filming public life in Chile ever since.

The Cordillera of Dreams is certainly a sad reflective film and once again enjoys Guzman’s serene and measured narration which muses on the links between the country’s extraordinary geography and the human tragedy that Chileans experienced since the fateful coup on 11 September 1973, when Guzman left the country and moved to France. He now dreams of returning to his homeland and restoring the dilapidated house where he grew up in Santiago.

“It doesn’t even smell the same” says Guzman of his beloved country tucked away behind the Andes, describing it as a “chest full of poetic dreams”. Like most of the world, Chile has now moved into the 21st century and now enjoys a stable and prosperous economy that welcomes foreign investment. Samuel Lahu’s extraordinary overhead shots of Santiago are magnificent; fuzzy clouds scudding by to reveal the grid pattern of a white city walled by huge snowy mountains — the Andes – stretching far away to the East. But still the director yearns for the past and his happy childhood – like most of us. Sadly the future has arrived in Chile without him. Capitalism has brought prosperity but on one can bring back the home he once known.

We see overhead footage of the ‘ghost trains’ silently transporting Chile’s wealth of copper to the ports to be transported abroad. These privately owned mines are nowhere to be scene and no public roads have access to them. Along with wine, this precious national resource is one of Chile main exports. The Pearl Button was fascinating in that it raised awareness of the object that came originally from the shirt of a political victim, and was discovered years later at the bottom of the sea. But this film makes no such amazing discoveries, nor does it ask new questions.

We already know that Pinochet was a genocidal maniac who held the country in his thrall from his imposing tower block in Santiago – and we get a tour of the empty building echoing with the ghosts of corrupt generals. And there is ample footage of public beatings and water cannon roving the streets during his bloody regime, thanks to Pablo Salas. In his precious trove of videos, he even shows us footage of the column of men, (between 15 and 65 who were removed from their homes), filing off in a large line into the football stadium, that same ground that bore witness years earlier to Chile’s triumph in the World Cup.

But while Guzman fled abroad to the peace and prosperity of France, Pablo Salas remained to face the music, however funereal it was. So perhaps Guzman feels twinges of guilt for abandoning his homeland, and senses that Chile has possibly turned her back on him for disloyalty. Salas, now in his late fifties, is an sympathetic man who is philosophical about his country, swearing he could never leave. In his studio surrounded by boxes and boxes of video material, he is the one who has made it “impossible to erase history” and for that Guzman is grateful. MT