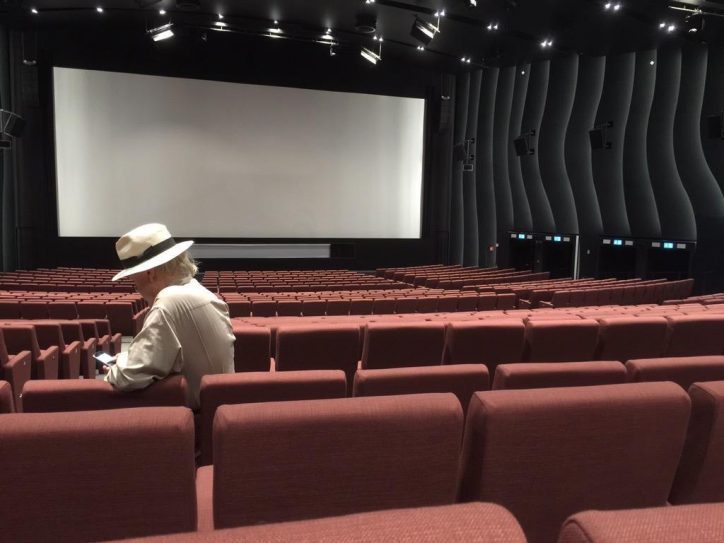 Meet our contributors at FILMUFORIA

Our ‘Eastern European’ correspondent, André Simonoviescz has over thirty year’s experience as a film critic in a variety of film and entertainment media outlets.  He has covered the Berlinale for Hollywood Reporter and written for Berlin-based entertainment publications: HOBO and TIP. During the nineties he was co-editor of the bi-lingual film magazine FILM UND FERNSEHEN and  from 2000 until recently, he was film critic at the German daily: Märkische Oderzeitung. He has  broadcast as a film critic for RIAS (Broadcasting for the American Sector) in Berlin, and Radio Brandenburg.

Richard Chatten has written for The Independent, the International Dictionary of Films and Filmmakers, The Encyclopedia of British Film, The Journal of Popular British Cinema and Cinema: The Whole Story. His favourite film is A Matter of Life and Death (1946).

Stefan Pape is a film critic and interviewer who spends most of his time in dark rooms, sipping on filter coffee and becoming perilously embroiled in the lives of others. He adores the work of Billy Wilder and Woody Allen, and won’t have a bad word said against Paul Giamatti. His great uncle coined the phrase ‘kitchen sink drama’, but he doesn’t like to go on about it.

Matthew Turner (@FilmFan1971) is a freelance film journalist who has written for Empire, Total Film, Hotdog, Metro, The Big Issue and others, as well as spending fourteen years as the weekly film reviewer for ViewLondon. A lifelong film obsessive, he sees around 500 films a year and his favourite film is VERTIGO. He has also not missed an episode of EastEnders since 1998.

Michael Pattison (@m_pattison) is a Gateshead-based film critic whose work has been published by Sight & Sound, Film Comment, Cineaste, Slant Magazine, Senses of Cinema others. He has a regular column at Keyframe Daily and is a programming consultant for a number of international film festivals. In addition to all this, he reports on the more niche European film festivals such as indielisboa; CROSSING EUROPE; Kino Otok; FIDMarseille amongst others. His film debut

Alan Price was born in Liverpool and now lives in Camden, London. He is an ex-librarian, poet, scriptwriter, short story writer, book reviewer for the online Magonia and blogger at alanprice69.wordpress.com  Two stories were broadcast on Radio 3 and published, with others, in his 1999 collection The Other Side of the Mirror (Citron Press). A TV film
A Box of Swan was broadcast on BBC 2 in 1980. He has scripted five short films. The last one Pack of Pain (2010) won four international film festival awards. Alan’s debut collection of poetry Outfoxing Hyenas was published by Indigo Dreams in 2012. His pamphlet of prose poems Angels at the Edge (Tuba Press) appeared in 2016. The chapbook, Mahler’s Hut came out in 2017. His new collection, Wardrobe Blues for a Japanese Lady will be published by The High Window in the Spring of 2018. Alan has been passionate about cinema since the age of 5!

Ed Frankl (@Ed_Frankl) is a freelance journalist who has been published in the Evening Standard and the Independent. He fell in love with film journalism at the 2012 Venice Film Festival and has never looked back, even after he had to review Transformers 4 at a matinee screening in Slough. He commits occasional crimes against cinema by reviewing theatre for The Stage, and is a sub-editor at the Guardian. His favourite film is Kieślowski’s Three Colours Trilogy, but that doesn’t entirely mean he understands it. His personal blog is edfrankl.com

Linda Marric (@Linda_Marric) is a freelance film journalist and interviewer. She has written extensively about film and TV for The London Economic, HeyUGuys, FilmLand Empire, Dmovies.com and her own film blog screenwords.co.uk. After graduating with a degree in Film Studies from King’s College London, she has worked in post-production on a number of film projects and had a short stint working at the BFI London Film Festival. She has a huge passion for intelligent Scifi movies (think Phillip K Dick adaptations). Her favourite movie of all time is still Terry Gilliam’s BRAZIL almost 30 years after watching it for the first time.