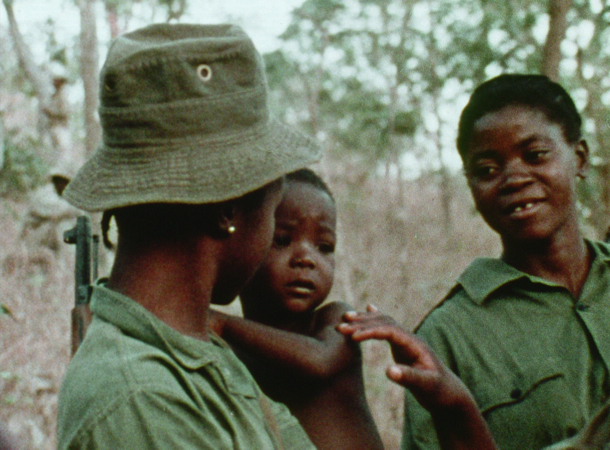 Documentary based on “The Wretched of the Earth” by Frantz Fanon

Olsson follows his successful documentary  The Black Power Mixtape 1967-1975, with an eclectic but very convincing thesis on colonialism in Africa, based on the writings of Frantz Fanon (1925-1961). Fanon, the leading theorist of the struggle for African independence, was born in Martinique when it was still a French colony. He fled the island to fight for the Free French and later became a psychiatrist, working in France and Algeria between 1951 and 1957. Expelled by the French authorities, he worked for the FLN in Algeria, but also travelled the continent to research strategies for the different liberation movements. A friend of Sartre, he finished his last work, “The Wretched of the Earth” weeks before his death; it was immediately banned in France.

Told in nine chapters, CONCERNING VIOLENCE juxtaposes the violence of the colonial forces in Africa and the superiority of the white settlers with the suffering of the Africans. Olsson uses the archives of Swedish Television to show that even after Independence, the power structure in many African countries was unchanged – and so were the Whites, still employing an army of slaves. Sometimes their naivety is only mildly offensive, as in an interview with a Swedish missionary couple in Tanzania in the late sixties, when the husband declares in front of hard working black labourers, that “a church is needed much more than a hospital or a school” – but then stumbles on a follow-up question, when he can’t find a biblical quote promoting monogamy, which he sees as fundamental for his flock.

Others are simply nasty, like the directors of a Swedish mining company who break a strike by force, incarcerating the strike leaders, whilst also evicting families from their homes, driving them like cattle in a truck and leaving them at dusk in the wilderness of the countryside. Asked by the film crew why they treat the Blacks in a way they would never treat Swedish people, the men don’t even answer, so great is their contempt. But sometimes less violent incidents, like the one in Rhodesia where a white “gentleman” shouts angrily at his black butler in presence of his guest, calling him stupid for opening his beer bottle. This shows the Settlers’ arrant contempt for the Blacks in everyday life.

Fanon angrily defends the violence by the oppressed: “Colonialism is violence in its natural state and it will only yield when confronted with greater violence”. The bloody battle scenes of the wars of liberation, particularly in Angola and Mozambique, underline the truth of this thesis. But in spite of his European upbringing, Fanon never wanted Africa to become a material rich continent like Europe, because too much humanity would have to be sacrificed. And he names the USA as an ex-colony of Europe, who has become a Moloch and worse than the Colonialists themselves. Fanon wanted Africa to give the world something very, very different.

The mosaic structure of the film helps to take in the huge amount of information delivered. With the quotes of Fanon’s work always displayed like subtitles, we can compare and contrast these with the documentary excerpts and form our own ideas about how the colonial the past, not only in Africa, has formed our present. CONCERNING VIOLENCE is not easy to watch, but extremely gratifying. AS