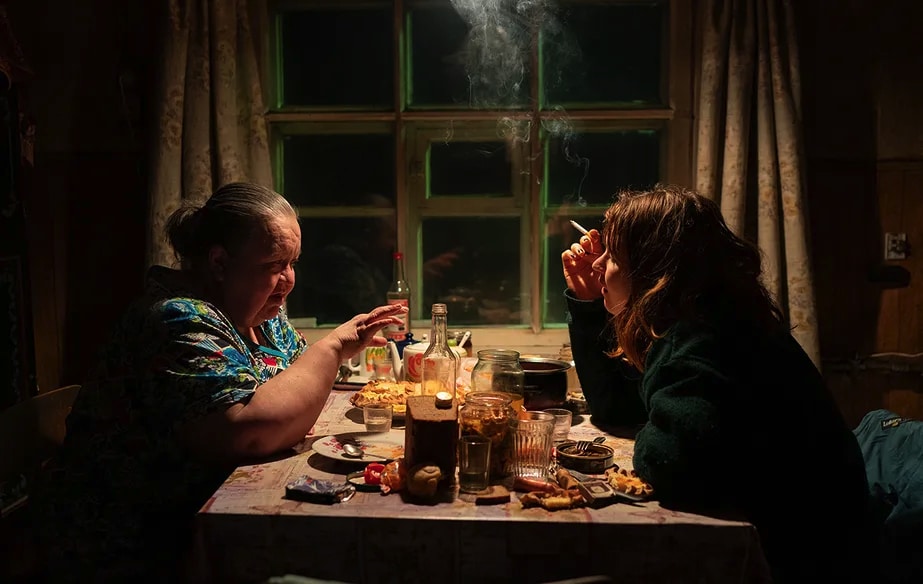 Compartment Number 6 sees two unlikely strangers thrown together in a train journey from Moscow to the Arctic Circle port of Murmansk.

Inspired by Rosa Liksom’s award-winning novel this two-hander needs charismatic support from his cast to keep us entertained for nearly two hours. And it certainly gets it, in the shape of Russian actor Yuriy Borisov and Finland’s Seidi Haarla, who won Best Actress for her role at Cannes 2021. A feisty chemistry soon develops between the world-weary Laura, and the maverick miner Ljoha as the film flies from the confines of the original page with a Lesbian twist bringing this upbeat and playfully imaginative road movie right up to date.

Finnish director John Kuosmanen was last in Cannes to win the top prize at Un Certain Regard with his black and white debut feature, boxing drama The Happiest Day in the Life of Olli Mäki, This is a more contained drama – we don’t get much in the way of scenery as the train chugs its way north, instead the camera is close up and personal as the two become acquainted in the cramped compartment number 6. Vadim’s coarse behaviour and disgusting eating habits sees Laura retreating into the dinner carriage or onto the platform on the train’s frequent stops. And it’s here that we get a flavour of a Russia still reeling from Sovietism where Finnish archeologist Laura has been studying Russian at Moscow University. She now wants to spread her wings and explore the rock formations (petroglyphs) around the Barents Sea, on a break from her lover Irina (Dinara Drukarova). Their affair is finally severed during a telephone chat during a train stop in St Petersburg station.

The journey is eventful with various newcomers breaking the tedium of the shared compartment: a woman with bawling kids is not so welcome, and a guitar playing drifter is not want he seems. Down in the dumps Laura then warms to Ljoha’s invitation to spend the night in his foster mother’s house, at an overnight stop, enabling her to see a different side to the rough and ready vodka drinker with surprising effect.

Ljoha is also going to Murmansk for work reasons and cannot fathom why Laura would want to go there for pleasure during the Russian winter – it’s still early March. And when the train finally grinds into the station the two part company, at least for a while.

The film really takes off in the final part when the unsophisticated couple embark on another journey – this time into unknown and perilous territory. Once again Kuosmanen offers up a rumbustious feelgood film, not quite as visually alluring as his first feature, with the same touching joie de vivre and an atmospheric score of 1980s hits: rousing French tune “Voyage Voyage” by Desireless, topping the bill. MT