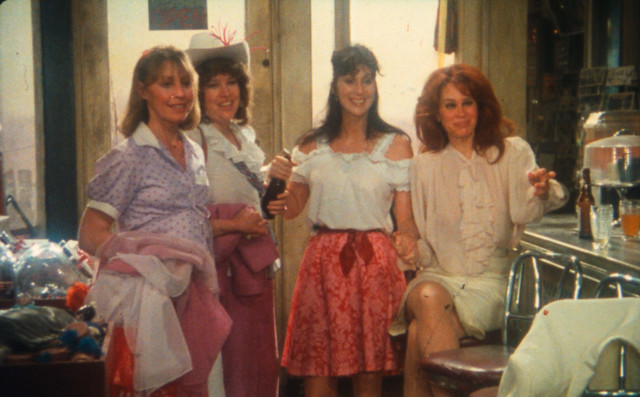 The terrible box-office receipts for Popeye forced director Robert Altman to sell Lion’s Gate and his Malibu home in 1981. He took his family to New York to begin his “minimalist’ decade. The French, always helpful when it came to Hollywood misfits of all sorts, gave out the official Altman line that he “was trying the small format as a means of circumventing the traditional film distribution circuits” – but in reality the retreat was nothing but a final effort to mend his now nearly defunct relationship with the major studios. On a personal level, he felt isolated and paranoia had got the better of him. His supporters believers had to listen to rants about old and new enemies – one of them, director Alan Rudolph was singled out for crossing the line to the enemy, by asking MGM to produce his next feature – never mind that only a few years later, Altman would do exactly the same.

At this point, the theatre was the logical stepping stone. He directed two one-acters for the Los Angeles Actor’s Theatre. One of them, Two by South was re-staged in Manhattan in the autumn of 1981 and taped for TV, after good reviews. When Altman staged Come back to the five and dime Jimmy Dean, Jimmy Dean in New York, the reviews were quiet unfavourable. Never the less, a new recruit to the Altman ‘family’, the former sports reporter and documentary filmmaker Peter Newman, set up a deal for cable TV. The budget was USD 850 000, when backers pulled out, Altman had to put USD 200 000 of his own money into the production.

Written by Ed Graczyk and based on his stage play, Jimmy Dean, Jimmy is just another soul searching expedition in the Tennessee Williams mode. It is set in a rundown Woolworth store in a small Texan town called McCarthy (sic!). James Dean disciples are commemorating the 20th anniversary of their idols death in 1975. The flashbacks show his arrival in a near-by town, where Giants would be shot. Sandra Dennis is Mona, asthmatic and hyper sensible. Cher, at a low point in her singing career, is Sissy, a waitress with artificial breasts whose wisecracks hide a secret. Finally, there is Karen Black’s Joanna, who comes late and gets of the attention in Juanita’s (Bond) restaurant. At the end all is revealed: Joanna (who had a sex change operation) is the father of Mona’s son, who steals a Porsche – putting an end to speculation that he might be Dean’s son.

Apart from the brilliant female cast, PD David Cropman and DoP Pierre Mignot (who would shoot the rest of the Altman pictures in the 80s) take most of the credits. Cropman built a set of two identical dime store stage sets, separated by a two-way mirror. This way, the audience was looking at a self-reflecting front store. Mignot’s 16mm camera captures the anguish in very intimate shots, creating an atmosphere not unlike Streetcar Named Desire.

Altman took the film (literally) with him to any festival who would pay his flights and hotel. His credit cards were often rejected, and whilst Jimmy Dean, Jimmy Dean made a small profit, Altman was back where he started before: drinking on long flight and waxing nostalgically, oblivious to the fact that he had launched Cher’s film career, self obsessed as always. A Hollywood rebel without a cause. AS