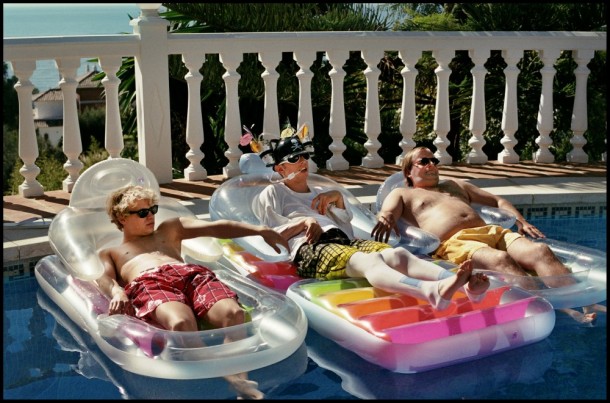 A road movie with a difference. Three Flemish guys in their Twenties- Philip, Lars and Jozef, with a taste for fine wine, a good time and hot women, decide they want to go to Spain for some sun, sea and sex.

The problem is, they all live at home, cared for their whole lives by their parents. Philip is paralysed from the neck down, Jozef is blind and Lars is wheelchair bound due to a brain tumour. And all of them are virgins. It’s one thing to want to rebel and fly the coup, but if you’ve never travelled and your life actually depends on the coup, it becomes another thing entirely. 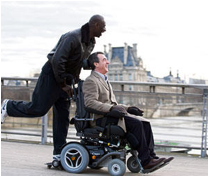 Running similar territory to Midnight Cowboy, Intouchables, Rain Man even Scent of a Woman, this is a very honest film about real people, not those you would normally expect to see in a ‘movie’.  People who are otherwise like you and me: just unable to survive without unconditional friendship: and therein lies the poignancy, drama and even humour, particularly appealing here.

It’s by turns a hugely enjoyable and affecting romp and for anyone not so afflicted, an eye opening insight into the other worldliness that confronts people with disability, making the day-to-day mundane that most of us would never think twice about, into insurmountable obstacles; reaching objects from a top shelf. Steps. Dropping something on the floor. Pushing a button.

But the humour is also perfectly pitched, the interplay between the three main protagonists just right, as their characters come to the fore under duress and the negotiation that is any friendship is played out with a ring of truth to it. What makes this film is the commitment of the leads and strength of the supporting cast.

Taking its time to reach our screens due to a thorough stint on the festival circuit, it is no surprise that Come As You Are won the Audience Award at both Karlovy Vary and the European Film Awards. It also won Most Popular Film of the Festival and Special Jury Mention at Montreal in 2012. It’s a real feel-good crowd pleaser that will go down particularly well with arthouse festival-goers the world over. Come As You Are: funny, moving, affording insight and examining wider issues. Andrew Tomlinson