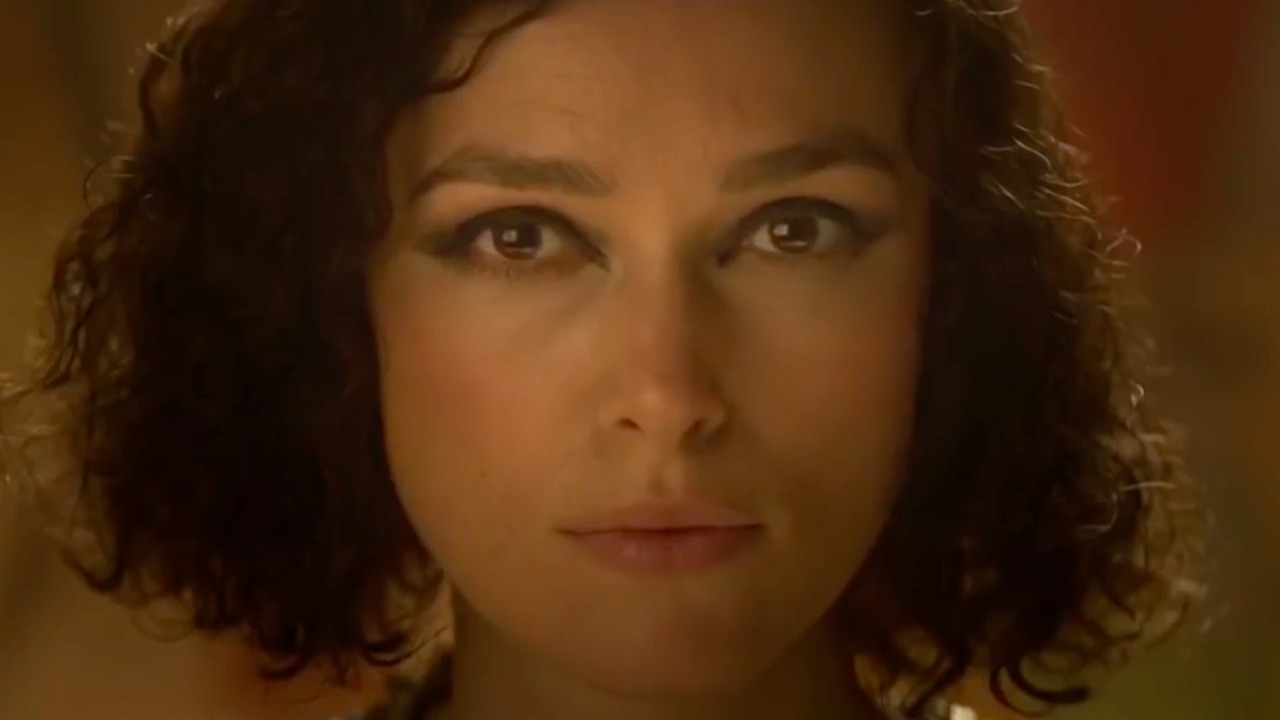 This early years of French novelist Colette are adapted here for the screen by director Wash Westmoreland, Richard Glatzer and Rebecca Lenkiewicz; yet all three somehow fail to evoke the essential French story: and while everything said rings true, there is a total lack of emotional resonance: the script fails to get the nuances right: this adaptation is neutered, particularly when it comes to sex. Poor Keira Knightley’s Colette is a one-dimensional character with no inner life,  just a series of phrases.

Sidonie-Gabrielle Colette (Knightley) was born in small village in Burgundy in 1873. In the film we meet her, twenty years later, in her parent’s house with her intended, the Parisian publisher Willy (Dominic West). Willy (real name Henry Gautier-Villars) agrees to marry her despite her lack of dowry and after an illicit roll in the hay, literally – and sweeps her off to the capital. Colette soon finds out that her literary figure of a husband does not even write his books and articles: this is done by his friends, with his name is on the cover and soon Colette joins the “writing factory”, and because of Willy’s life style (lover, car, lavish bon-viveur) money is always in short supply. Colette’s first literary effort is “Claudine at School” based on her own experiences in a girl’s school with – by today’s standards – modest sexual undertones. Nevertheless, it was a success, and three more Claudine novels followed. Willy, fourteen years older than his wife, encouraged her to have lesbian relationships, among them with the wealthy, married American Georgie Raoul-Duval (Tomlinson), and the aristocratic Marquise de Belbeuf (Gough), called Missy. The latter, “a person like none other” joined Colette on the stage where their kissing was seen as scandalous, ending their collaboration. By then, Colette had grown tired of Willy, who had sold the rights to the ‘Claudine’ novels and tried (in vain) to have her authorship erased. So she left him to toured with the theatre, before publishing La Vagabonde in 1910, the start of her own successful literally career (culminating in ‘Gigi’ (1944).

Colette is verbose and predictable, all the characters, especially the pompous Willy, say what is expected of them. In a narrative that spans some 17 years, no-one seems to change– there is definite lack of character development. The feminism is degraded to a few cliches; Westmoreland cannot make up his mind if wants to direct a historical sex-rom-com or a LGTB feature. DoP Giles Nuttgens (What Maisie Knew) gives us bland images showing an idealised Paris, which never even existed. Overall Colette is just the opposite of its heroine: slow-burning, conformist, spiked with voyeuristic sex. AS